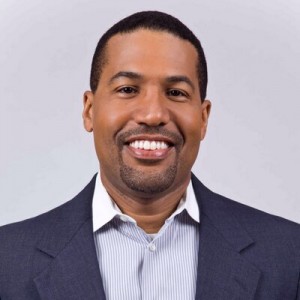 HLN, the sibling cable network to CNN, has an in-house “legal expert” named Joey Jackson who specializes in criminal law.

It asked him to weigh in on whether the University of Oklahoma’s expulsion of the alleged leaders of a racist chant on a bus was unconstitutional.

According to former College Fix editor Robby Soave at Reason, Jackson was initially quoted as saying: “Hate speech is not protected by the Constitution as it has no social value.” That analysis puts him at odds with mainstream constitutional law authorities.

At some later point, HLN actually reversed his quote, Soave says in an update to his post. Jackson’s quote now reads: “Hate speech is protected by the Constitution despite its limited social value.”

There’s no editor’s note in the HLN story saying the post has been revised, much less how it was revised, or whether Jackson was initially misquoted or asked that his quote be revised. This is standard practice in Web journalism.

But Jackson’s statements elsewhere in the article – and on his own Twitter feed – suggest that he indeed believes hate speech’s legal protection, if any, is subject to other considerations. Per HLN:

Free speech comes with responsibilities. There is always a balancing test that applies, which balances an individual’s right to say what they want and societies right [sic] not [to] endure the message. For example, you cannot yell “fire” in a movie theater.  If you choose to do so, you could be prosecuted for causing public disturbance and alarm. … Here, the students have a right to chant and say what they want. At the same time, the University has a right to balance the concerns of other students and take swift action against the offenders — like expulsion.

That “balancing test” line baffled other legal observers who responded to Jackson on his Twitter feed, where the “legal expert” doubled down on his analysis.

An anonymous Twitter user who identifies as a Georgetown law student said there’s no case law to support the “balancing test” view. Jackson reiterated his classic “fire” example, which the student then correctly identified as a permissible “time, place and manner” restriction, not a content restriction.

Jackson then jumped to a precedent applicable to high school but not college students, Tinker v. Des Moines, which both the Georgetown student and Ari Cohn of the Foundation for Individual Rights in Education pointed out.

It gets more amusing from there.

@JoeyJacksonEsq a) ANY speech that satisfies Brandenburg test is unprotected. Hatefulness is irrelevant & you misstated the legal standard — Ari Cohn (@AriCohn) March 11, 2015

@JoeyJacksonEsq b) No, Tinker is a high school case that is incompatible with Supreme Court precedent on #FreeSpeech in #highered

@AriCohn Defamation not tolerated.Nor can u yell “FIRE”.Balance between individual right to speak & rights of others affected by what u say — Joey Jackson Esq. (@JoeyJacksonEsq) March 11, 2015

Skipping down a bit:

@AriCohn How can hatefulness of speech be irrelevant in determining whether it incites violence?Huh? Anyway, nice debate. Gotta run. Thank u — Joey Jackson Esq. (@JoeyJacksonEsq) March 11, 2015

And to close it out, this user from Toronto asks incredulously:

@JoeyJacksonEsq@AriCohn Joey, are you implying that a private frat chant on a bus is going to “lead to imminent lawless action?”

We’ve asked HLN to confirm that it changed Jackson’s quote and, if so, who requested the change.