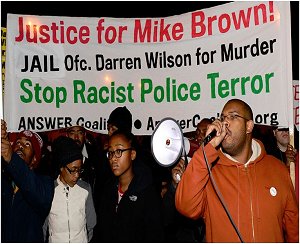 Last Sunday The College Fix reported on how a (USC) Daily Trojan columnist called out the College Republicans on that campus for inappropriate comments made about radical Angela Davis.

Nathaniel Haas wrote in the DT:

While Davis might make for an easy target because she is a public figure, the sort of incendiary mudslinging could easily backfire for the College Republicans in another context, in the form of a lawsuit for online defamation.

The College Republicans should issue a written statement on behalf of the group, addressed to the Black Student Assembly and the Speaker’s Committee, that apologizes for calling Angela Davis a “murderer” and suggesting that she should have never been invited to speak. Anyone in the group’s executive leadership who wrote or sanctioned the post should immediately resign from their positions.

I agree that use of the term “murderer” was inappropriate. (And, as reported, the College Republicans removed the word, and others, from their Facebook page.)

“Murder” has a specific meaning: “the crime of unlawfully killing a person especially with malice aforethought.”

Ferguson, Missouri’s Officer Darren Wilson was cleared this week of any wrongdoing in the death of Michael Brown.

That the federal Department of Justice concluded such is telling, given its stances on issues like voter ID and proportionate (racial) discipline in schools:

In an 86-page report released Wednesday that detailed and evaluated the testimony of more than 40 witnesses, the Justice Department largely corroborated or found little credible evidence to contradict the account of the officer, Darren Wilson …

Unfortunately, many of our nation’s college newspapers — along with myriad students and faculty — didn’t see any need to wait for an actual investigation into the Ferguson matter.

And notice: What term stands out in particular in the excerpts below?

From Chisom Onyea of the Columbia Daily Spectator:

However, I reasoned that such a distant event could not possibly be affecting him in such a manner, especially since the lawful murder of black people is not a new narrative.

Dunni Oduyemi and Tracey Wang, also of the Spectator:

Columbia neither supported us through nor apologized for the NYPD’s unnecessary presence. The protest called attention to the recent decisions to not indict Darren Wilson and Daniel Pantaleo for the murders of Michael Brown and Eric Garner, but the protest also confirmed just how Columbia views its students of color.

Instead, the tragic murders of Michael Brown and countless other unarmed victims of color over the past few months are violations of the highest order.

Brown was not the first, and probably not the last black man to be wrongfully murdered by a white cop.

Due to recent events, the Acquitted Trigger-happy White Police Officer and the Dead Unarmed Black Teen are something of stock characters in the urban legend of America. We live in a society where our guardians gun down our own people regularly based on how they look.

The editorial staff at The Harvard Crimson:

The demonstrations are part of the continuing reaction to the murder of 18-year-old Michael Brown by police officer Darren Wilson on August 9, 2014.

With still more from the Ivy League, here’s The Daily Princetonian’s Shruthi Deivasigamani:

A single police officer should not have the authority to carry out capital punishment — especially on a whim. The fact that there was a heated scuffle and that everything happened within the span of a few minutes doesn’t take away from the fact that Brown’s death sentence was doled out without a fair trial or really any trial at all.

I salute the flag of a nation that will allow a man to murder a boy in broad daylight, leave his body lying in the street for four and a half hours, and go on paid vacation until a grand jury ultimately decides not to even arrest him. The murder caused enough pain.

A Yale Daily News report about a campus rally:

Carrying signs reading “Hands Up, Don’t Shoot” and “Murder is Illegal,” the marchers walked to the New Haven Green and sat silently for a few minutes, before returning to the Beinecke.

And even more from the Ivy League via The Daily Pennsylvanian’s Nikki Hardison:

Darren Wilson gunned him down because his [Michael Brown’s] very presence elicited an excessive fear and therefore excessive force by the police.

From the senior editorial board of The Daily Californian:

We must demilitarize our police force and put a camera on every cop. We must prosecute murder as murder, no matter what uniform it wears.

The Daily Tar Heel’s Meredith Shutt reporting on “the pride of [her] city,” rapper J Cole:

In the interview, Cole talks about how adolescent passion is often squelched by adult apathy. His initial reaction to the murder of Michael Brown parallels my own: the horrifying sense that nothing can be done.

Senior Annasa Harris was also upset by the media’s portrayal of the incident. “It opened my eyes to how people think,” Harris said. “This was an execution of an innocent man. The (media) seems to steer away from that.”

Two quotes from professors — from the same article in UCLA’s Daily Bruin:

“We should not be surprised that the murders of Trayvon Martin, Michael Brown and Eric Garner occurred in a suburb,” [Professor Leah] Boustan said.

After hearing about the murder of Michael Brown, Peter James Hudson, an African American studies professor, said his 10-year-old son turned to him and asked if police in other countries killed black people.

The meeting was in response to recent incidents of police violence highlighted by the media, including the grand jury decisions to not indict police officers whose actions lead to the deaths of Michael Brown and Eric Garner, USAC Cultural Affairs Commissioner Irmary Garcia said.

The grand jury’s decision in Ferguson, Mo. to not indict police officer Darren Wilson for the murder of Michael Brown, an 18-year-old black teen, led to a resounding call from black communities across the country to rally for racial justice.

Should all of these folks apologize for their choice of words?

Well, sure. But don’t count on it.

Alas, The Narrative is of utmost import in (unfortunate) cases like these. The “Hands Up, Don’t Shoot” fiction was torn asunder fairly early on in the Ferguson story; as a result, the fable quickly morphed into a “symbol.”

Now Darren Wilson will morph into a symbol, too. Despite his innocence and many other facts, he will represent to the “true believers” the force of “the continuing oppression of American white supremacy.”