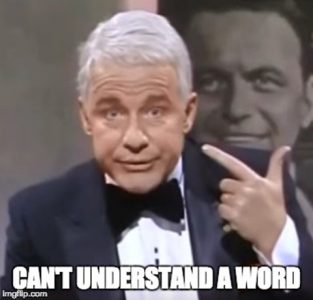 A Rutgers University women’s and gender studies professor thinks she has the answer to why white women seemingly voted against their interests in the 2016 presidential and last month’s Alabama US Senate elections.

“Simply put,” Kyla Schuller writes in a guest post for the Duke University Press blog, “sex difference is itself a racial structure.”

The professor, whose research interests include feminist science studies, biopolitics, and Transnational American Studies, claims that “sexual difference, as a concept, emerged as a function of race.” Her new book, The Biopolitics of Feeling, “zeroes in on this generally overlooked phenomenon.”

Indeed. Weird how so many think of sexual difference in terms of biology.

“The binary entities of man and woman were newly understood as thoroughly distinct in terms of mental, physiological, emotional, and psychological capacity,” Schuller writes. “Sex difference was presented as the singular attainment of a teleological evolution moving toward ever greater specialization.”

Well, when you put it that way …

More from the professor’s post (be sure to have your handy G.I. Joe Academese Translator with you):

The primitive races, by contrast, were cast as unsexed, as insufficiently evolved in both anatomy and character. The category of womanhood emerged in modern times as a unique quality of civilization. Its ramifications are still visible in electoral politics across the country.

The Biopolitics of Feeling uncovers the foundational role of sex difference to biopower. It unearths how sex difference functioned as a key technology of biopower’s racializing structures, which operate to choose some members of the population for life and cast others into disposability and death. Sex difference helped qualify individuals for life. I reveal how the position of the feminine was carved out not only to exemplify social evolutionary achievement, but also to protect it. Scientists identified the key quality of the civilized body to be its impressibility, or the capacity to be affected over time. Receptivity to sensory impressions determined a body’s capacity for growth, mental development, and even, in this Lamarckian and pre-genetic era, the transmission of acquired characteristics to descendants. Impressibility thus served as the ontological basis of progress. Impressibility also, however, entailed a frightening vulnerability to influence and environment, rendering the civilized body in need of careful protection.

So, you see, when white women pull that voting booth lever for a sexual assailant, they’re actually “enacting their womanhood itself” — they are “absorbing and smoothing over the flow of sensation and feeling that makes up the public sphere, ensuring that white men remain relatively free from the encumbrances of embodiment and are susceptible only to further progress.”

Of course, white men voted for Donald Trump and Roy Moore in greater numbers than white women; however, the real problem with the latter is “the problem with woman as a category in the first place.”

Read the full piece — if you dare.

MORE: Univ. lecture: The theory that sexuality is ‘constructed’