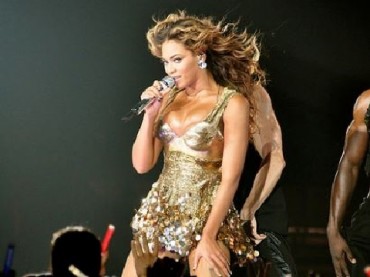 Called “Politicizing Beyoncé,” the Department of Women and Gender Studies’ class aims to look at the singer as a “social change agent,” according to a profile of the class on the university’s news website.

“This isn’t a course about Beyoncé’s political engagement or how many times she performed during President Obama’s inauguration weekend,” explained Kevin Allred, the doctoral student and lecturer who teaches the course, to the Rutgers news site. “She certainly pushes boundaries. While other artists are simply releasing music, she’s creating a grand narrative around her life, her career, and her persona.”

The course will review the performer’s music and career “as lenses to explore American race, gender, and sexual politics,” the article states, adding Allred “pairs Beyoncé’s music videos and lyrics with readings from the Black feminist canon, including the writings of bell hooks, Alice Walker, and even abolitionist Sojourner Truth.”

“Politicizing Beyoncé emerged from Allred’s four semesters teaching Women’s Studies 101 at Rutgers, during which he and his students, both male and female, often discussed the thin line Beyoncé walks as a sex kitten-cum-girl power role model,” the report states.

Said Allred: “It’s important to shift students away from simply being consumers of media toward thinking more critically about what they’re engaging on a regular basis. When students don’t respond to theory or dense readings, it’s often easier to see things play out in the world around them.”