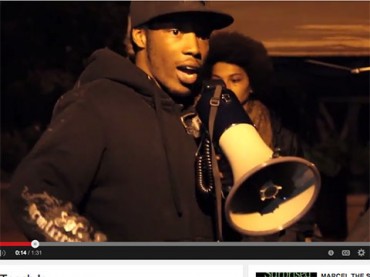 Protesters in the movement known as Occupy SLU extracted hefty academic and budgetary concessions from the Saint Louis University administration, according to an agreement dated Oct. 17 between President Fred Pestello and three social justice groups.

The Jesuit school agreed to “support” several demands by Tribe X, the Metro St. Louis Coalition for Inclusion and Equality and the Black Student Alliance if those groups removed their encampment from university grounds by the morning of Oct. 18.

Intended as an extension of the protests that have wracked nearby Ferguson over the police shooting of Michael Brown, a young black man, Occupy SLU took over the Saint Louis University campus starting Oct. 13, dubbed “Moral Monday,” according to the Riverfront Times.

When Pestello announced Saturday that the encampment at the school’s clock tower “was voluntarily and permanently removed by a group of SLU students and the other demonstrators,” he didn’t say explicitly that the school had committed to spending money to satisfy the protesters’ demands.

“We will move to more formal and institutionalized conversations about race on our campus,” Pestello wrote. “We also will begin to devise short- and long-term initiatives that retain and attract more students and faculty of color, promote equal opportunity, and advance focused economic development in disadvantaged neighborhoods.”

Pestello, who just started the job, called the efforts “completely consistent” with the school’s mission and “just the start of what” he called for in his inaugural address.

The school’s Web page for information about the “demonstration” says that 800 participants, “including many SLU students,” protested Oct. 13 “in support of social justice” and to promote a dialogue about “race and disparity in St. Louis and beyond.” It made a point of saying the protests happened “peacefully.”

The agreement that ended the encampment, however, appears to show the school buying off the demonstrators and giving them ongoing access to the levers of policymaking.

Perhaps most importantly, the school agreed to “bi-weekly meetings with an inclusive group” that includes Pestello “to continue to advance the University’s efforts to address inequality and poverty in our community.”

The agreement first surfaced in an uncredited photograph, with handwritten notes in the margins, that circulated “on social media and right-wing blogs,” according to the Riverfront Times report on Tuesday.

It was apparently obtained by an “insider” at the university who sent it to a St. Louis talk-radio host, though the original link to the page with the agreement says “Looks like you don’t have access to the page you requested.” Pestello made his own statement Wednesday, releasing the official agreement and disputing its characterization as a payoff to protesters.

“It was not, as some have portrayed it, a list of demands,” Pestello said. “In fact, a number of the action items were suggested by me,” and they are consistent with Pestello’s inaugural calls to address “the factors that foster ongoing divisions and perpetuate the chronic, systemic injustice that traps so many of our brothers and sisters.”

Pestello continued that many of the “action items” in the agreement “were already in progress” at the school, and this week administrators have met to “establish timelines and to assign responsibilities for each item.”

It’s not clear where the university will get the money to implement those items that have a budgetary impact.

Pestello admitted to the St. Louis Post-Dispatch Tuesday that the items “could potentially carry a significant price tag” and that the school hadn’t devised cost estimates for them.

In its own statement Sunday before the agreement went viral, posted as two images to its Twitter feed, Tribe X called the occupation “the opening salvo in our attempt to exact change” though “teach-ins” and “stark discussions regarding race.”

It decided to clear the encampment after “earnest” discussions with Pestello on making changes to campus programs and helping black youth in the area, Tribe X said.

Responding to critics who say it folded without a fight, Tribe X said it learned from Occupy Wall Street’s mistakes, concluding that “occupation for the sake of occupation would be fruitless.”