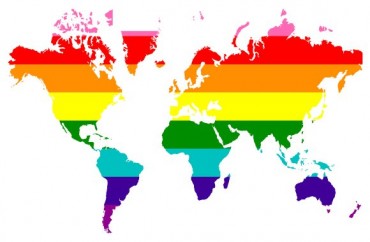 This fall, San Francisco’s Ruth Asawa School of the Arts will be offering one of the country’s first high school history courses dedicated to the LGBT movement.

“LGBT Studies” will “look at the legalization of same-sex marriage, the U.S. military’s ‘don’t ask don’t tell’ policy and the history of major events such as the Stonewall Riot.”

[The course] will “explore the American experience through a lens that isn’t usually discussed in traditional U.S. history classes,” focusing on the gay rights movement, teacher Lyndsey Schlax said in a video on the school’s Web site.

“This is history. This is an experience that happened,” Schlax told the San Francisco Chronicle. “How can we not teach history? That’s what we do.”

The course will be coupled with another class on ethnic studies, which will explore minority groups in the Unites States, such as African Americans, Chinese Americans, Japanese Americans and Native Americans, Schlax said.

In 2010, the San Francisco Unified School District passed a resolution to reinforce the school district’s anti-discrimination policy to protect gay, lesbian, bisexual and transgender students. It proposed the addition of “an interdisciplinary course on LGBTQ history and literature.” But school budget cuts amid the recession put the plan on hold.

“I’m glad we’re picking it up again as we get more money,” board member Sandra Fewer told the newspaper. “I think this class is very interesting.”

School officials noted that the class “will not teach students how to have sex.”