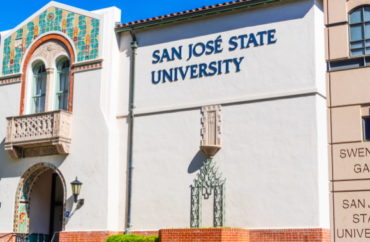 OPINION: ‘Let’s stick to the facts, and the facts are that there are probably less than two dozen Native American students at San José State University’

“We currently enroll approximately 700 students who identify as Native American.” That statement is included in a job description for a Native American Studies hire at San José State University.

Ever since I’ve read that job listing, I have been perplexed by this number of 700 Native American students.

A number that high would put SJSU in the top 10 of universities with the highest number of Native American students – nestled between University of Alaska at Anchorage and Northern Arizona University.

One of my reasons to doubt this high number is that San José State’s own Office of Institutional Research has counted the number of “American Indian or Alaskan Native students” as 25 in 2020 and 20 in 2019. Since 2009, the number has never reached 150, and most years the total is below two dozen.

Even if the students who chose the category “Native Hawaiians and other Pacific Islanders” are counted, the number for 2020 is less than 200.

When I reached out to my colleague on the hiring committee to ask where the 700 number came from, she was unable to answer my question. I then asked the head of the hiring committee, who also did not know the number’s origin, but found out it was provided by the Office of Diversity, Equity and Inclusion.

And, I was further informed that the 700 included students who identified with multiple racial groups, like “Native American and Latino.” This answer was confirmed by SJSU’s Chief Diversity Officer Dr. Kathleen Wong(Lau).

So far, this is the best answer, but questions remain.

Furthermore, the definition of “American Indian or Alaskan Native” used to count the demographic is “a person having origins in any of the original peoples of North and South America (including Central America) who maintains cultural identification through tribal affiliation or community attachment.” Thus, just claiming to be part Native American, like Elizabeth Warren did, should not be counted by the university’s standards.

However, when pushing for clarification of these numbers, Dr. Wong(Lau) explained why the 700 plus Native American students could still be Native American and Hispanic. She wrote to me that:

“The protocols, national guidance and governance for counting racial and ethnic groups are devised for different reporting purposes. The national guidance, I would imagine is being used for reporting HSI [Hispanic-Serving Institutions] status for federal funding and programming (as well there may be other reasons). There can be other uses of data that are not official reporting but programmatic based on grant requirements, research protocols, programming initiatives, etc. which are not necessarily for the purposes of reporting.”

Thus, it appears that different standards for defining ethnicity are used for different pots of money.

Why does it matter if the number of Native American students is exaggerated?

Hiring decisions, course offerings, and money distributions are made in part as a result of demographics.

The exaggerated claim of 700 Native American students enables SJSU to justify a Native American Studies hire – one that is even being hired as a tenured professor, as opposed to the usual hiring of a faculty member as tenure-track, where the hired person must prove their worth through six years of service, teaching, research, and publications.

This is possible with the exaggerated number of Native American students even when less than five students a year are interested in a Native American minor. (As an aside: It is only fair to mention that SJSU started an “Ethnic Studies Collaborative” and is also hiring other ethnic studies professors for the newly required General Education course in ethnic studies.)

But even Native Americans are not in favor of such doubled-dipped demographics counting.

In December 2020, Provost Vincent Del Casino, Jr. moderated a webinar on “Creating Native and American Indian Studies Programs.” At this event, Native American speakers, such as Joely Proudfit from California State University, San Marcos, were adamant against grouping Hispanics with Native Americans and even stated that successful Native American programs shouldn’t hire Hispanics, even for secretarial positions (although hiring discrimination by race is illegal), because a Hispanic might mistake a Native American for a Hispanic and visa versa.

This would apparently be a grave insult because, according to Cutcha Risling Baldy from Humboldt State University, Native Americans are better than any other race in all topics: math, biology, history, literature, physics, psychology, and the list goes on. They further put forth that only Native Americans should teach Native American Studies classes. This is like arguing that only the British should teach Shakespeare. Are these not racist sentiments?

But, the number is also important because truth is important. When – by accident or by design – we start creating false demographics to suit our needs, such as attracting a tenured faculty member in Native American Studies who is hopefully Native American (as my colleagues opined wistfully), we open the door to all sorts of falsehoods, such as redefining racism as “race prejudice plus power” and, thus, only whites can be racist.

Anthropologist Philip Carl Salzman has an excellent column in Minding the Campus on the problem of redefinition and falsehoods. The irony is that Native American activists have been changing their counting of members for profit for years – but in the other direction! Called “disenrollment,” it has included reducing membership numbers to increase casino royalties for a select few tribe members (see here and here) and removing members to hide their part in the slave trade and withhold tribal benefits (see here).

Let’s stick to the facts, and the facts are that there are probably less than two dozen Native American students at San José State University.

No extra expenditure, such as hires, centers, and classes, is needed to serve these few students.

Dr. Elizabeth Weiss is a professor in the Anthropology Department at San José State University who teaches physical anthropology courses.