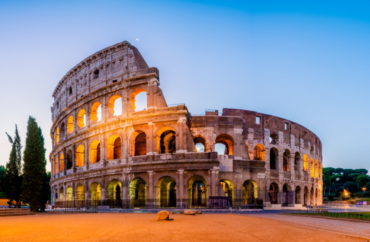 MALIBU — The National Association of Scholars held a half-day conference at Pepperdine University on Friday to defend the need to teach young people about the vast accomplishments of Western Civilization, saying the effort would not only correct the fallacious curriculum prevalent in schools today but also reignite the common cause of freedom and liberty among Americans.

“Here is the deeper reason why the rising American generation is losing its liberty. Liberty in the bones is lost when the story of the West is forgotten,” said keynote speaker Dr. Stanley Kurtz, a senior fellow at the Ethics and Public Policy Center.

The centerpiece of the conference was the release of a new report authored by Kurtz titled “The Lost History of Western Civilization,” which “seeks to rectify the excesses of four decades of ‘Hxrstory’ and ‘Cultures, Ideas, and Values,’” the association states.

Kurtz “excavates the history of thought from Jerusalem and Athens, through Rome, to the modern West. In doing so, Kurtz provides a detailed refutation of ‘Western Civ the Myth’ and explains the need for Western Civilization courses from Stanford to Yale,” it adds.

During his speech Friday, Kurtz recalled the infamous protest at Stanford University in January of 1987, at which students — led by Jesse Jackson at the helm — chanted “Hey hey, ho ho, Western Culture’s got to go.”

“Thirty-two years ago the campus culture wars were a riveting sight,” he said. “Today they have become our politics.”

He also traced the source of contemporary hostility toward the teaching of Western Civilization to John Lennon’s 1971 song “Imagine” that implied the world will eventually turn into a secular society with no borders or history.

Kurtz said one goal of progressive scholars is to “undermine the public’s sense of national or civilization identity with nothing left to kill or die for. The world will live as one.”

“Is it impossible to simply imagine a nation or even an entire civilization out of existence? Well that’s exactly what deconstructivist historians attempt to do.”

According to Kurtz, the Western tradition is the source of America’s founding principles and constitutional system, yet “over the last few decades almost every familiar narrative of Western history has been subjected to debunking by revisionist historians.”

He criticized celebrated scholar Gilbert Allardyce’s thesis that Western Civilization is both a “recent invention” and a “thinly disguised form of neo-imperial war propaganda.”

“It’s time the debunkers were debunked,” Kurtz said. “American colleges and universities have been teaching Western Civilization since before the Revolution. The idea of American exceptionalism makes no sense without the complementary idea of Western Civilization.”

Kurtz argued that it is not easy to imagine the past away, as Lennon suggests.

“Americans were not simply taught the principles of liberty explicitly as in a catechism, instead these principles were woven deeply into the fabric of the ages through the teaching of Western history,” he said. “That story seared liberty into our bones by connecting us to an enduring civilization’s heritage.”

Finally, he called out the hypocrisy of modern scholars.

“First, they tell us ‘the West doesn’t exist,’” Kurtz said. “Then they turn around and call it ‘evil’ even as their implicit moral code quietly affirms the West as good.”

Kurtz reminds us that it is “still not too late” to return to Western Civilization.

“We can return to the West because we have never truly left it,” Kurtz said. “Our strengths and our weaknesses are Western. Because Westernists are what Americans are, people of color are very much included.”

Kurtz closed with a call for a complete restoration of the history the nation has abandoned under an “avalanche of deconstructionist skepticism.”

The conference was co-hosted by Pepperdine University’s School of Public Policy.