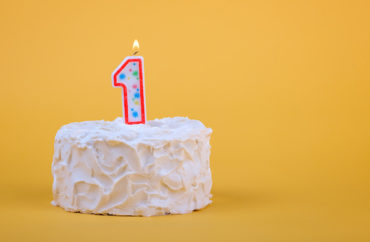 A recent article published in The Journal of Medical Ethics by a Finnish bioethicist made a moral case for the legal change of a person’s age to correspond with that person’s “experienced age.”

The piece, by Joona Räsänen of the University of Oslo in Norway, titled “A Moral Case for Legal Age Change,” concludes that there are three scenarios when a change to one’s legal age should be allowed: When “the person genuinely feels his age differs significantly from his chronological age,” when “the person’s biological age is recognized to be significantly different from his chronological age,” and when “age change would likely prevent, stop or reduce ageism, discrimination due to age, he would otherwise face.”

Räsänen differentiates between “chronological” age, or how long the person has actually lived; “biological age,” or the state of one’s body; and “emotional” age, the age as which one identifies.

“Legal age is a cause of severe discrimination for some people whose biological and emotional age do not match their chronological age,” he argues.

In an interview with The College Fix, Räsänen said: “Age is (for some people at least) an important part of their identity. People can identify themselves as older or younger than they actually (chronologically) are…I do not deny people’s own experiences.”

When asked by The Fix how biological age might be distinguished from chronological age, Räsänen was unable to clarify. “I am not a biologist or medical doctor so I cannot give a definite answer here. I believe this is something biologists and medical doctors should consider and decide together with philosophers and bioethicists.”

When asked, Räsänen also explained how he thinks certain potential abuses, such as a pedophile’s changing his legal age to get around statutory rape laws, could be avoided.

He said that another way to avoid such abuses is “to propose upper and lower limits for age change.”

“For example, perhaps age change should be allowed only when the new age of a person is going to be something between 18-60,” he said. “Maybe there also should be an age limit for the age change, so that a child could not change her age.”

Räsänen acknowledged that his argument was a moral one and that “there are some practical problems … on how to implement the idea of age change into practice.”

“I believe that these problems can be solved. I believe that legal age change could be, in some cases, beneficial for the age change candidate and, for example, changing age could offer an additional way to fight against discrimination of the elderly. Perhaps it does not work eventually, but maybe it is worth to try.”

The Fix reached out to multiple LGBT experts and campus centers at U.S. universities, inquiring as to whether trans-ageism as outlined by Räsänen is considered a comparable phenomenon to transgenderism, in which individuals born as men and women declare themselves women and men, respectively. None of the centers or experts responded.