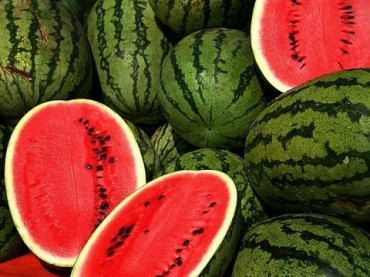 Controversy has erupted at a private girls school near San Francisco after the school put friend chicken and watermelon on the cafeteria menu in celebration of Black History Month.

Students at Carondelet High School for Girls in Concord wanted to come up with ways to observe the occasion during a lunchtime celebration Friday. But when the school announced a menu of fried chicken, cornbread and watermelon, other students and parents became offended.

“When I first saw that, I was confused. I didn’t understand why our school would do this because we’re totally against that kind of stuff,” said Gianna Scoma, a junior at Carondelet.

However, at least one local member of the NAACP took a different view on the matter:

Elizabeth Williams of the Contra Costa County Equal Opportunity Commission and a member of the NAACP had a different view.  “What is the big deal?” Williams said. “Historically and even now, we like our chicken and I’m not going to stop eating my fried chicken, nor my cornbread, nor my watermelon.”

“Let’s move on. Let’s be more progressive. Let’s not be so insulted about something so minute,” Williams said…