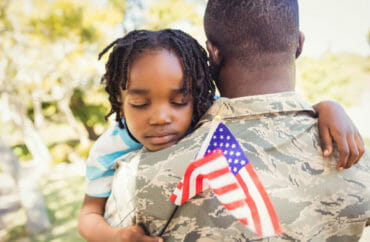 The U.S. has the strongest military presence in the world, but its servicemembers are disadvantaged in one major respect: educational choice.

To remedy this deficiency, House and Senate Republicans introduced bills to provide educational savings accounts for the family members of military service men and women.

According to Heritage Action for America, children in military families are often assigned to schools closest to the base, regardless of their quality, and more than half of active-duty families live in states with no school choice.

Both bills would go beyond the typical school voucher programs, which can be only used for tuition. The savings accounts would let families use funds for a number of educational expenses, including online classes, textbooks, tutoring and college savings.

Banks touted his bill in The Daily Signal, citing survey figures that found around one in three service members would “consider leaving” the military because of insufficient school choice. Two in five “have declined or would decline” career advancement to spare their child from having to leave a “higher-performing school,” he said.

Thank you @SchoolChoiceNow and Reyna, a Fort Wayne native and graduate of Indiana’s school choice program, for meeting with me today to talk about my bill to expand choice for military families. pic.twitter.com/bEt02hTA4k

The bill provides several checks to the system to ensure funds are used appropriately, a staffer for Sen. Sasse told The Fix in an email.

“First, families must complete a standardized form to the Department of Education and their application must be approved by the Secretary. The parent and Secretary then enter into a written contract with set terms on how funds can be used,” the staffer said.

Payments are deposited on a quarterly basis, and future payments are contingent on the education secretary reviewing and approving “an expense report detailing how the funds were used and providing supporting documentation,” the staffer said. The bill also tasks the secretary with establishing a website and hotline for reporting fraud.

“Our men and women in uniform are also dads and moms trying to figure out how to best raise their kids,” Sen. Sasse said in a written statement his staffer gave The Fix. “Our bill lets these parents find the opportunities that fit their family’s needs..

The senator’s staffer denied the bill would increase federal and state government control over the educational system, telling The Fix it would “actually enhance state and local control by allowing families more opportunities to design an education that fits their child’s unique needs outside of a one-size-fits-all system.”

The Department of Defense State Liaison Office, also known as USA4 Military Families, declined to comment on the legislation because it’s pending. 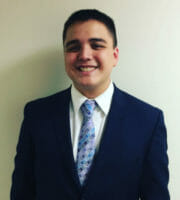