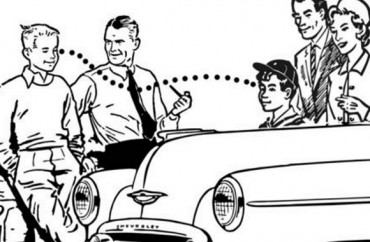 But if it were religious, we wouldn’t allow it

A high school in northern Idaho secretly recruited some students to join a Gay-Straight Alliance club led by adult activists, according to a religious-liberty law firm representing the parents of one such student.

Those parents said they would withdraw their child, who has “high-functioning autism” and associated “gender dysphoria,” after Forrest M. Bird Charter School told them it would not stop adults from being present “in a more active capacity” with the club, which is not school-sponsored.

The school, however, said it would stop a similar arrangement with a religious club, citing the Establishment Clause.

Liberty Counsel wrote the school last month accusing it of violating the Equal Access Act by letting staff recruit children for the club, and specifically for letting “Student Doe” continue attending GSA meetings after Doe’s parents told the principal Doe was not allowed to come:

[The parents told Doe] the GSA club is actually an LGBTQ activist club guided by activist adults, and told Student Doe that based on the fact that the faculty themselves were choosing which kids to tell about the club meant that they were operating the group in secret, which was illegal.

The mother’s meeting with Principal Mary Jensen confirmed the school was going around parents’ backs because parents previously refused to sign permission slips for a botched GSA at its sister middle school.

[Jensen] stated that “kids who wanted to participate in the club did not necessarily want their parents to know,” and therefore these adults facilitated them meeting off campus at a local library under the supervision of third parties. Ms. Jensen stated that the Charter School “wants to be a progressive school on that sort of thing, but we did not want to be ‘in-your-face’,” presumably with parents who objected or might object.

The principal allegedly said she restrained the adults from being “the activists” in the club to start, “because this is North Idaho, and if we go that route, it creates an unsafe place.”

The school broke the law via “planning, control, recruit, and promotion” of the club by Jensen and two teachers on instructional time, Liberty Counsel said.

The school’s lawyers responded in a Feb. 22 letter that Liberty Counsel was misreading the law and that its view would also prevent a local “chess master” from leading a school chess club “in order to maximize the students’ enjoyment of the club.”

It could violate the Equal Access Act if the school singled out the GSA club for different treatment, according to the response letter, which said the club was intended for students who “struggle fitting in” and are at higher suicide risk.

The school refuses to limit teachers to a “supervisory” role in the GSA, distinguishing a pro-gay club from a religious club “which requires criteria be established to prevent violation of the Establishment Clause, and as a [limited open] forum”:

Non-school persons are not only allowed, but may be encouraged to attend GSA club meetings, at the invitation of students.

Staff won’t stop a student from attending the GSA at the parents’ request because it “may well violate” the student’s freedom of association and speech, the lawyers said.

In a response letter Thursday, Liberty Counsel said the school was “hypocritical” for requiring parental permission “for everything else” except a “politically activist club” that “seeks to normalize harmful sexual activity … and gender confusion.”

The group said the school’s lawyers were also misreading the law, which covers “non-curricular” clubs:

Schools may not play games with what is “curricular/non-curricular.” … Whatever arguments the School may raise about “combating bullying” and “support,” these are insufficient to bring the GSA into “curricular” status.

It also cited an unexpected group that contradicts the school’s view that the GSA can be led by outsiders: the national GSA Network.

Liberty Counsel “will take further action to prevent irreparable harm to the rights of our clients” and other parents whose children the school is secretly recruiting, it said.

Read the letters from Liberty Counsel and the school’s response.