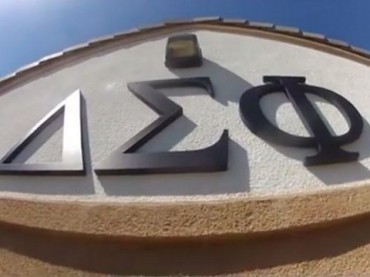 Yet the claims have done their damage, the student said, pointing out in an interview with The College Fix that the Delta Sig chapter at San Diego State has been shut down and its members personally defamed across the globe. One of the student protestors who led the march, Jordan Busse, told KPBS that she has “been to about three demonstrations before, this is the first time where I’ve actually felt scared.”

As reported at the time by The College Fix, no videos or photos substantiating any of these claims have surfaced. Neither the fraternity members nor marchers were able to corroborate their side of the story. Nevertheless, Delta Sigma Phi has been disbanded for at least a year and a half. Campus leaders cited alcohol-related and hazing incidents among its reasons.

A leader of Sigma Phi Epsilon, the other fraternity indicated in the abuse, has already denied the allegations and publicly declared that it was the activists who verbally abused frat members unprovoked that night. Now Boesgaard, (pictured above) chosen by his fraternity brothers to speak to the media, is defending his group too.

Also, it wasn’t a big group of taunting frat guys on the balcony, he said, it was two guys – one member of the fraternity, and a single friend from out of town. Most of the members were in the back yard setting up for the upcoming party, he said.

Boesgaard gave a short, eight-second video to The College Fix of the group’s chant to illustrate the language marchers used during their protest. They kept chanting: “Don’t f*ck with us,” the video shows.

When the two young men on the balcony realized the march was about rape prevention, thanks to some glowing “RAPE” letters and a giant stop sign toward the end of the line of marchers, they realized their horrible mistake and went inside, Boesgaard said.

But, he added, he does not feel it justified the vilification of the fraternity’s 103 brothers.

“It is insulting and horrible to say that we support rape [culture], when there are real scumbags out there. It cheapens the meaning of the word when it is thrown around so easily,” he said.

After the incident surfaced in news reports, fraternity members sent out an e-mail amongst themselves to discover who was involved. The student who did it owned up to his actions immediately, and apologized for what he had done, Boesgaard said.

“He said, ‘I feel like an idiot, I wasn’t thinking,” Boesgaard recalled his friend saying. “But it was not a malicious attack. … He’s not a bad guy.”

Meanwhile, Boesgaard said he feels the sexual assault protesters were “intentionally vague” in describing what happened that night to gain support and momentum for their agenda.

“In the media it’s been portrayed that all of us were doing all of this in a big group,” he said. “They exaggerated it to get their way. There is a motive to exaggerate. Their goal of this march was to put pressure on the university about their own demands.”

The demands of the Take Back the Night organizers were outlined in an e-mail sent to the university. Each paragraph of the preface to the demands is punctuated with the bolded words “This is rape culture.”

Demands include full support for a reporting app created by several student groups. “SDSU,” they say, “should spare no expense…if extra revenue is needed, President Eliot Hirschman should donate either or both of his two recent raises.”

“They feel they can skew the facts because they are ending ‘rape culture,'” Boesgaard said.

The consequences of the reporting have been especially hard-felt by the 103 members of the Delta Sigma Phi fraternity. Though the fraternity is banned only for a year and half, there is no guarantee that the individual members will be allowed back in.

Each member will have an interview with the national office, determining their eligibility. The brothers are allowed to live out the lease at their house, but are restricted access from their own courtyard and first floor, Boesgaard said.

“This is why we finally decided to speak out,” Boesgaard said.

In a statement on its website, Delta Sigma Phi national leaders said the decision to support the closure, “while extremely difficult, was made with critical insight from San Diego State University and done in the best interest of our fraternity’s future at SDSU. The closure of the chapter, which boasts a membership of more than 90 undergraduate men and engages heavily in community service, came as a result of the chapter’s multiple violations of university and National Fraternity policies, member misconduct, and disrespect for the chapter facility.”

Delta Sigma Phi had just made its return to San Diego State in the fall of 2014 after being previously shut down in 2008. The national office had contacted women in sororities at SDSU, asking them if they could recommend upstanding men who they thought would be good fits for a new chapter, Boesgaard said, adding it was from this hand-picked group that the fraternity began.

The fraternity has been involved in several philanthropy projects, Boesgaard said. These include tutoring refugee children and volunteering at a local elementary school to help students with Halloween and Christmas events. Further plans include having a blood drive close to campus and raising awareness about adopting pets from shelters.

“We plan to go forward with these events if the university allows us, “Boesgaard said.

Busse was reached Tuesday via email by The College Fix for comment but did not reply.