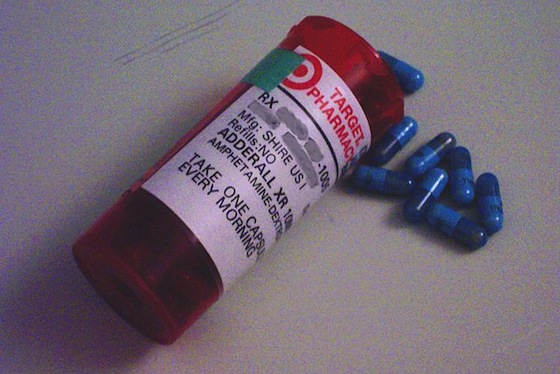 The practice of taking ADHD medicine to enhance cognitive ability or “academic doping,” as some have referred to it, is a phenomenon that has been rapidly spreading across college campuses in recent years.

With the increased exposure of this practice has come increased scrutiny from the public and from the government. New York senator Charles Schumer is spearheading a movement against this trend that has raised both health concerns and ethical questions.

For college students, the use and abuse of academic stimulants stems from a common dilemma: There is so much to do, but so little time. (And, of course, so many distractions.) College students spend thousands of dollars in hopes of attaining an education that will open doors to future professional success and affluence. However, many find themselves either unprepared or overwhelmed with the amount of work they have to do to. So they seek an aid. Instead of turning to an advisor or a tutor, students are increasingly turning to prescription drugs to give them an edge.

The prescription drug most commonly used for this practice is Adderall, but others such as Ritalin and Vyvanse are also used. How exactly does it work? Adderall is comprised of amphetamine and dextroamphetimine mixed salts, both of which are stimulants. The drug releases dopamine, norepinephrine and is mildly sertonergic. In layman’s terms, this means that the pill releases chemicals that increase focus and energy for a certain period of time.

The United States Food and Drug Administration has approved use of these types of drugs for people who suffer from conditions such as attention deficit hyperactivity disorder (ADHD) and narcolepsy. People who suffer from attention deficit hyperactivity disorder get medical prescriptions to correct their attention problems. Over the years there has been a spike in the number of young people who receive an ADHD diagnosis. Consequently, there has been an increase in the number of prescriptions for ADHD medicine, which has inadvertently resulted in more accessibility to students and recreational users.

To students, the drugs have a host of benefits. They increase focus during studying, allow for students to study for greater lengths of time and decrease general fatigue. Beyond that, they make users feel euphoric while they are under the influence so they feel good and stress free while being productive. What could be bad about that? Looking past the obvious issues – that it is illegal to sell or distribute prescription medications to others who have no prescription – there are numerous questions surrounding the health consequences and ethical implications.

As for the health consequences, ADHD medicines, Adderall in particular, are easily abused. Adderrall is meant to be taken orally, but can also be easily crushed and snorted, or dissolved and injected. Like many other drugs, the body can become dependent on it. Over time, users feel depressed when they aren’t on the drug and begin to take it more often. In addition, there are a multitude of side effects that go hand in hand with taking the drug, including sleeplessness, loss of appetite and mood changes. Withdrawal symptoms can be even worse. The body eventually crashes after long periods of stimulation. This crash could cancel out all of the productivity accomplished during the high and it is accompanied by other problematic effects such as crankiness, panic attacks, extreme hunger, and nightmares. In extreme cases, users can fall into a psychic state similar to schizophrenia with symptoms such as paranoia and hallucinations.

As for the ethical implications, some in academia have questioned whether students who take the drug without a prescription, strictly for an academic edge, gain an unfair advantage over students who aren’t taking the drug. Some have even likened the drug to taking steroids for performance enhancement in sports.

In other words, some consider the illegal use of academic stimulants to be a form of cheating. Others say it falls into an ethical gray area. In a recent USA Today article, a graduate of Indiana University-Purdue University Indianapolis and a former ADHD medication user, best explained the kind justification many students use to defend use of the drugs: While such drugs may make it easier to focus, “Adderall doesn’t teach you calculus.” This particular student, though, did still feel a little guilty about taking the drug, even if it was only a couple of times in the most dire of circumstances.

Concern about the abuse of academic stimulants has been around for a while, but few have made an attempt to do anything about it until recently. Last month, New York Senator Charles Schumer outlined the basis for his proposed prevention plan.

According to Schumer, up to 35% of all college students use (or abuse) Adderall and similar drugs as study tools. The basis of his plan revolved around students being diagnosed at on-campus health clinics.  He would require formal contracts and follow-up diagnostics for that student, as well as require detailed medical, educational, and psychological history. However, there would also be students being diagnosed off-campus, seeking refill of their prescriptions. For these students, he would require mental health evaluations to verify diagnoses, as well as parent/guardian verification. Schumer also proposed short-term counseling, time management and procrastination workshops, and medication consultation to students with prescriptions and encouraged stimulant abuse education programs for first-year students as a part of orientation.

It would be impossible to completely rid colleges and universities of this or any other drug use, but those who wish to curb the abuse of academic stimulants hope that if students become more aware of the risks then they may at least think twice before using them.