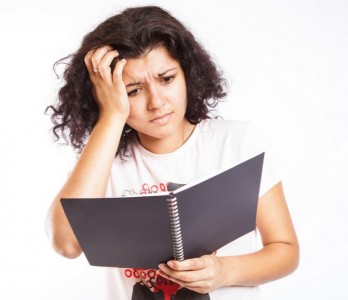 It won’t be long before college compliance officers are earning seven figures, judging by the confusing education that high schoolers are getting on sex and consent.

The New York Times reports that 10th graders at a high school in California are learning to keep time during any intimate encounters so their encounter doesn’t slip into rape:

Consent from the person you are kissing — or more — is not merely silence or a lack of protest, Shafia Zaloom, a health educator at the Urban School of San Francisco, told the students. They listened with rapt attention, but several did not disguise how puzzled they felt.

“Pretty much,” Ms. Zaloom answered. “It’s not a timing thing, but whoever initiates things to another level has to ask.”

Well, of course it’s going to turn into a “timing thing” if the choice is between “every 10 minutes” or the wildly-subjective “initiates things to another level.”

This is the new normal in California because of sex-ed changes signed into law by Gov. Jerry Brown this month that require classes to teach affirmative consent, or “yes means yes.”

“The [affirmative consent] standard is not logical — nobody really works that way. The problem with teaching this to high school students is that you are only going to sow more confusion. They are getting mixed messages depending where they go afterward.”

That confusion is evident in Zaloom’s class:

The students did not seem convinced. They sat in groups to brainstorm ways to ask for affirmative consent. They crossed off a list of options: “Can I touch you there?” Too clinical. “Do you want to do this?” Too tentative. “Do you like that?” Not direct enough.

“They’re all really awkward and bizarre,” one girl said.

“Did you come up with any on your own?” Ms. Zaloom asked.

One boy offered up two words: “You good?”

And it almost certainly wouldn’t hold up in the typical campus adjudication because an accuser could say that she was just giving robotic answers out of fright, and an accused student will probably be told he misread her nonverbal cues, which overrode her literal words.

Zaloom, by the way, “has written a curriculum for affirmative consent programs that is being used throughout the country,” the Times reports.

Consider getting any California college-bound males in your life a stopwatch for Christmas.