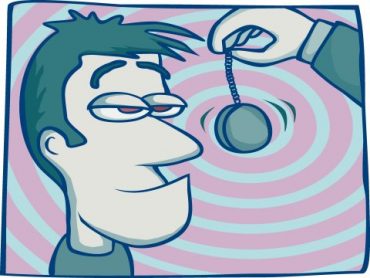 Incoming students at the University of Wisconsin-Madison will have the, er, “pleasure” of attending the “Our Wisconsin” program which is “aimed at increasing knowledge about cultural differences and promoting community.”

The Daily Cardinal reports that freshmen (oops, pardon the lack of gender neutrality) in selected residence halls will be required to complete the program this coming fall, and if this “pilot” is deemed successful all new students will fulfill the mandate in 2017.

“’College is often the first time where people are exposed to people who are different from themselves — those could be religious differences, racial, socio-economic status, or sexual orientation,’ says Joshua Moon Johnson, who is leading the program’s development as interim special assistant to the Vice Provost for Student Life. Most of the problems seen on college campuses stem from ignorance, not malice, he says.”

Coincidentally, Johnson is the head of the university’s (Orwellian titled) Hate and Bias Incident Team. He says that “many of the incidents reported to the team involve disrespectful speech that was intended to be funny or inquisitive.”

These come about from students’ ignorance “of the historical context surrounding race, difference and violence,” he adds.

The training will be conducted in person in two sessions. It will provide an opportunity to discuss topics such as identity, culture and microaggressions.

MORE: U. of Oklahoma to begin mandatory diversity training

The university is working with Infinity Martinez Consulting to develop the curriculum, in collaboration with experts on campus, and to gauge its effectiveness.

“We didn’t want to reinvent the wheel,” explains Steve Quintana, a professor of counseling psychology. “Martinez is a leader in the field and has done many similar programs at other universities.”

Katrina Morrison, a junior from Milwaukee, is one of the students who are helping to shape the program. She campaigned as a representative for the Associated Students of Madison pledging to address campus climate and continues to fight for progress on the Equity and Inclusion Committee.

In addition to raising awareness, a paramount goal of the program is promoting communication skills so students feel comfortable starting dialogues about topics like racism, sexism and religious differences. Look me in eye! Straight in the eye — in the EYE!!

Yeah, yeah, “feel[ing] comfortable starting dialogues about topics like racism, sexism …” For Heaven’s sake, you may as well call the program ‘The UW-Madison Multicultural Cliché Festival” for all the lack of originality this drivel offers.

Always remember — anyone with a position of “Diversity Director,” “Dean of Multicultural Affairs” or “Chief of Hate and Bias Incident Team” has to find incidents of “bias,” “hate,” and/or “insensitivity” … else they have no job.

Heck, why do you think when so-called “bias incidents” turn out to bogus we still hear “Well, this is still a ‘teachable moment’“? or, “Regardless, it’s started a ‘conversation’“?