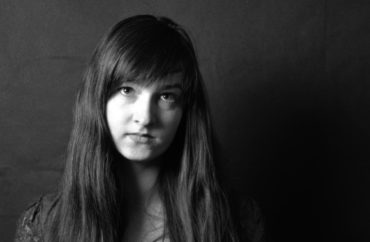 ‘pornography, the pill and dating apps has created a world in which sex becomes casual’

The first form of technology that drove this change is the birth control pill, he told students.

“What contraception does is seismic, it’s massive,” he said. “It prevents a socially and personally seismic event, pregnancy, from occurring … within the course of an action of something you really wanted to undertake [i.e., sex].”

Because of that impact, Regnerus said, “sex no longer means pregnancy, which means the price of sex … comes down. Because the risk of it has diminished.”

“You may not like that kind of language,” he added, “but I dare you to document to me how it is not true, how it didn’t happen.”

“It’s a technology that has fundamentally altered how men and women interact,” he said. “It is a low-cost alternative to sex.”

“It more carefully, closely mimics the real sexual act than ever before, and so it too drives down the cost of sex,” he said. “So if pornogrpahy satisfies some of the male demand for sex, then it reduces the total demand for [the woman’s] attentions. And so the price diminishes. More power flows in men’s direction.”

Next comes online dating, which further stacks the deck against women, he said. His issue with it is its speed: “You can cycle through lots of people very quickly.” And ultimately, he added, “it objectifies people.”

Another problem with online dating, Regnerus said, is that “it diminishes what I call ‘upfront investment cost,’” or perseverance to work through early relationship problems. With sea of people to access through online dating, people are more likely to think, “I could find someone better” and drop a relationship when challenges arise, he said.

All together, Regnerus claimed, these three factors have contributed to what’s been coined as the “deinstitutionalization of marriage.” Marriage has “moved from a foundation to a capstone,” he said.

The “split, gender-imbalanced modern mating pool” means men have the power, and women? Not so much (unless they all banded together and stopped having sex before marriage).

This current situation has contributed to shocking statistics, such as a 41 percent out-of-wedlock birth rate and a rapidly decreasing number of marriages.

Regnerus said he’s doubtful the #MeToo movement would bring about significant change in the male-female power dynamic, since it does nothing to give women more power in relationships.

In response to a question about what women can do, Regnerus emphasized the importance of human community in which people can get to know each other. Fox example, “dance,” he said.

“People should go out and dance,” he said. “I’m seeing evidence of a little bit of a comeback. A non-sexual form of touching, an interaction between the sexes. Wonderful.”

The talk was hosted by the Students for Child-Oriented Policy, a student organization at Notre Dame that focuses on conversations and policies that promote flourishing of children and family life.

“SCOP’s goal for this event was to expose the dangers of a lukewarm [attitude] to dating and relationships,” junior Jim Martinson, incoming president of SCOP, told The College Fix. “Dr. Mark Regnerus provided the statistical firepower to show how pornography, the pill and dating apps has created a world in which sex becomes casual.”

“The truth is ugly and hard to swallow,” Martinson added, “but it is the only way to expose individuals to the evils of a sex-saturated society.”