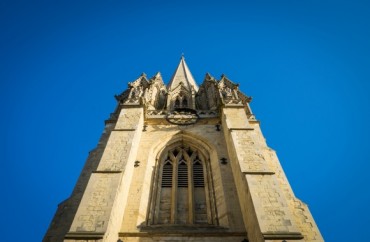 The statements come on the heels of the Obergefell v. Hodges verdict, and curiosity is circling as to how the decision will affect American society, particularly religious-affiliated institutions. Some fear Christian colleges will lose their tax-exempt status unless they allow homosexuality within campus policies.

But Massachusetts-based Gordon College, Southern California’s Azusa Pacific University and Illinois-based Wheaton College will not make any changes to campus policies, even as those anxieties loom, their officials confirmed.

LaTonya Taylor, director of media relations for Wheaton College, said in an email to The College Fix that the school “believes that it continues to have legal authority to enforce biblically based conduct standards for its employees.”

Rachel White, associate director of public relations at Azusa Pacific, made a similar comment, stating: “Our faculty and staff affirm, support, and sustain our mission, statement of faith, and positional statements, including one on human sexuality.”

“And, in light of this decision we reaffirm our commitment, as stated in the Cornerstone Confession, that Adam and Eve’s union as man and woman models God’s design for marriage and perpetually stands as God’s loving and righteous will for all sexual intimacy,” Cornerstone told the news outlet.

The schools’ central belief systems confirm traditional Christian values, and these serve as agreements between the schools and their employees as guidelines that will be followed.

George Fox University, a large Christian university in Oregon, declined to comment to The Fix on how the ruling may or may not affect campus policies.

Some Christian colleges have taken a different approach and extended health benefits to same-sex couples in the wake of the ruling, the Christian Post reports. Baylor University also quietly changed its sexual misconduct policy a few weeks before the verdict to allow homosexuality.

However, the Council for Christian Colleges and Universities, a group of 181 schools with shared Christian values, has issued a statement that affirms schools’ right to not change their policies – citing the majority opinion in Obergefell v. Hodges.

“Further, it must be emphasized that religions, and those who adhere to religious doctrines, may continue to advocate with utmost, sincere conviction that, by divine precepts, same-sex marriage should not be condoned,” the ruling stated. “The First Amendment ensures that religious organizations and persons are given proper protection as they seek to teach the principles that are so fulfilling and so central to their lives and faiths, and to their own deep aspirations to continue the family structure they have long revered.”

Based on the First Amendment’s protection of freedom of religion, these universities can maintain their policies, the council asserted.

“It stands to reason, then, that the tax-exempt status and religious hiring rights of religious institutions will be protected when they advance the religious mission of a college or university,” it stated.

Not everyone agrees with CCCU’s stance, though.

Americans United for Separation of Church and State, led by Rev. Barry W. Lynn, has begun a “Protect Thy Neighbor” project which will “monitor and battle all state and federal legislation and court challenges that pertain to giving individuals, business and religious institutions the right not to serve or participate in same-sex weddings on the basis that it would violate their religious beliefs,” the Christian Post reports.

Additionally, according to rules outlined by the Association of American Universities, the colleges’ policies may soon be put to the test.

“As tax-exempt entities, universities and colleges are regulated by both the federal government as well as state governments. Each year, these institutions must demonstrate their compliance with federal and state laws and regulations that govern tax-exempt entities through tax filings, audits, and public reports,” it states.

The coming months may expose how far the ruling can and will be applied to all facets of American life.