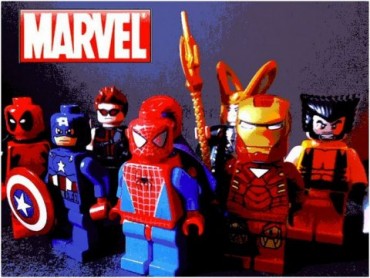 As a life-long Marvel Comics fan, I was struck this past week by Dane LaBorn’s article in The Arkansas Traveler in which he argues that we can actually learn something from the entertainment giant’s pursuits (or lack thereof) in the diversity realm.

Front and center is the character known as Iron Fist. During the martial arts craze of the early 1970s inspired in large measure by Bruce Lee, Marvel, like any wise entertainment company, jumped on board. It created Danny Rand, had him grow up in the mystical city of K’un L’un, become a martial arts master, and endowed him with the fabled power of the Iron Fist.

But, Rand is a blue-eyed, blond haired white guy from New York City, and in many ways fits the all-too familiar “Great White Hope” theme.

At the time, though Bruce Lee’s films were popular, he stated in 1971 that couldn’t convince studio executives to allow him to star in his own TV story idea, “Kung Fu,” due in part to his ethnicity. The execs ended up giving the role to (white) David Carradine. (Lee held no animus about the decision; he said that as a business move, he didn’t blame them.)

Surely, Marvel had much the same motive when it debuted Iron Fist in 1974.

The controversy brewing now is whether the upcoming Iron Fist Netflix series should star an Asian in the role of Danny Rand/Iron Fist.

But, as both LaBorn and culture commentator Furious D point out, this would come with its own hassle: Casting an Asian as Iron Fist will bring charges of stereotyping.

Such embroilment is not new to Marvel. The comics division of the company has been actively altering the (racial/ethnic) backgrounds of many of its marquee characters over the last decade or so. There’s now a female Thor, a black-Hispanic Spider-Man, a black Captain America, an Asian Hulk, and a gay Iceman. And there soon may be a black female Iron Man.

Many fans find such moves to be rather silly … mere “window dressing” in an attempt to cater to the politically correct set. They argue in favor of creating new (non-white) characters instead of altering long-time mainstay icons.

(To be sure, some changes do make sense continuity-wise; the new, black Captain America, for instance, is Cap’s longtime friend and partner Sam Wilson, aka the Falcon.)

On the other side, many say the changes reflect society’s changes, and superheroes “of color” are necessary for minorities to “relate” to the characters.

The latter’s view is winning the day among the comicbook storytellers. But just like on college campuses, this view of diversity is one-dimensional.

Although skin tone and ethnicity are just one facet of diversity, it’s the only one Marvel and universities seem to care about.

First, is it really true that people can only identify with heroes who “look like them?” Black or Hispanic kids can’t imagine themselves as Spider-Man (Peter Parker) or any other Caucasian hero … because of the color difference? White kids can’t be Black Panther or the Falcon … due to skin hue?

As a kid, one of my favorite characters was Jim “Rhodey” Rhodes (Tony Stark’s/Iron Man’s best friend and the armored hero War Machine). Was I out of line? Did I violate some “social justice” regulation?

Second, as we point out quite often here at The College Fix, there is certainly a shortage on colleges of diversity of opinion. Just as this aspect of diversity is overlooked on campus, so is it at Marvel — today’s comicbook creators are overwhelmingly left-wing.

These creators act, too, a lot like campus progressives when confronted with contrary opinions: They get angry, call people names, and belittle them. For instance, if you don’t think altering Spider-Man’s race is a good idea,  guess what? You’re a racist. (Unfortunately, The Arkansas Traveler‘s LaBorn seems to feel similarly.)

Recent stories in Marvel comics have included intimations that those against illegal immigration are racist xenophobes, as well as making the new (hero) Falcon himself an illegal immigrant. A special 50th anniversary issue commemorating SHIELD continued the “Hands Up, Don’t Shoot” myth. And, who can forget when Capt. America and the Falcon went after the Tea Party?

Further, what do you think the focus of the new Black Panther series will be with writer … Ta-Nehisi Coates?

Need I mention during the presidency of George W. Bush that Marvel, its biggest competitor DC, and smaller comics companies routinely bashed the chief exec?

Meanwhile, when one of the very few writers wanted to have a superhero go after al Qaeda (Frank Miller, using Batman), this somehow was monumentally controversial!

So, in a word, no — Marvel is not an entity to emulate if you believe in real diversity. Its current, college-esque infatuation with all things politically correct is mainly what drove me away from the medium over a decade ago. I read the books because I wanted to be entertained, not lectured that I am some sort of ogre because of my hue and political beliefs.