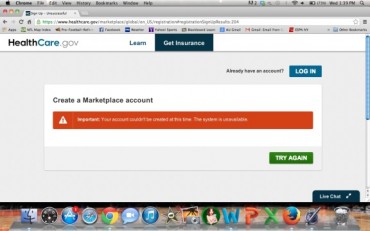 Jay Bhattacharya, an economics/medicine professor at Stanford University, recently gave a frank, informative interview to The College Fix contributor Devon Zuegel during which he essentially spelled out how the Affordable Care Act is completely screwed up.

Dr. Bhattacharya, who has studied the healthcare market for 20 years, offered a long list of problems and concerns with Obamacare. What follows is a transcript of their conversation, edited for length and clarity.

The Affordable Care Act requires insurance companies to accept all clients, including those with pre-existing conditions. Some experts have voiced concerns about eliminating risk from an inherently risk-based market. What are your thoughts on this subject?

The way insurance companies work is that they look at the predicted health costs of a given risk pool and set premiums based on that. Affordable Care Act provisions make it so that it’s more expensive to cover this pool, because you have to cover more services and riskier people; in turn, the premiums end up being higher. There’s no such thing as a free lunch. You have to pay for these provisions somehow.

In the same vein, the legislation prohibits insurance companies on the individual market from discriminating based on preexisting conditions, though they are allowed to discriminate based on “age, premium rating area, family composition, and tobacco use.” What are the consequences of this?

There are some constitutional restrictions on what you can price on. So for instance, I don’t think you’re constitutionally permitted to price based on race, even though minorities on average tend to have higher health costs. Also, politically, they didn’t want to allow different prices based on gender, even though women tend to have higher health costs than men. Instead, all these groups are pooled together. This makes insurance look like a better deal for those people who would typically have relatively high health costs. But what that means is that it’ll be much more difficult to get the people with low health costs to sign up, because insurance will look like a bad deal for those people. This is a problem called “adverse selection,” and people are very worried about it in the insurance market, because of these community rating laws, which make it so that people get charged the same premium for health insurance no matter what their risk.

Now this sounds good, but it actually has some important negative economic consequences. The first is that … insurers aren’t going to charge the young an actuarially fair price. Instead, what they’ll charge is a much higher price than the young would normally have to pay for health insurance.

This is one of the main economic problems caused by the Affordable Care Act: it makes insurance products on the exchange dependent on recruiting lots of young healthy people, or else the premiums on the market will be extremely high. But in order to recruit these young people, you basically have to threaten them. You have to say, “We’re going to charge you this penalty if you don’t sign up.”

So how do you expect this to play out?

If you’re relatively poor, the exchange subsidies by the federal government are very generous, so a lot of those low-income people will sign up. But if you’re above say 350 percent of the poverty line, you’re relatively healthy and relatively young, it’s actually better for you on average to just pay the penalty.

This certainly is a controversial feature, largely because it gives the law this sense of “the government knows better than you do what’s good for you, so they’re going to force you to do it.” A lot of people don’t like that. However, as an economist, I think the results will reflect the financial position that people are in.

Are those people who otherwise wouldn’t be buying health insurance if it weren’t for the individual mandate the “losers?”

Well, those aren’t the only losers, though they certainly are losers. Another group are those people who have existing insurance on the individual market—many of them have been receiving cancellation letters, because their insurance plans don’t meet the requirements of the Affordable Care Act. They don’t have the community rating provisions, they don’t have all the required coverage provisions that we talked about at the beginning, and a whole spate of other things. So because they don’t meet those, the Affordable Care Act considers them as “bad insurance.” The people who had that insurance, though, considered it good insurance! They were paying for the things they wanted, not the things the government–in particular the ACA–thinks they ought to have.

The administration has often over-simplified and, in some places, directly misled the American public about what the likely effects of this legislation are. The most famous example is President Obama’s promise that if you like your insurance then you can keep it; it was clear from the very beginning, based on the structure of the law, that that wasn’t going to be true.

The Affordable Care Act is complex, and it can be intimidating to try to make sense of how it will impact the typical American.

If you get insurance coverage for yourself, but not your family, you can get that relatively cheaply from your employer. But then your family’s not covered. However, when they go to the exchange to get insurance, they don’t qualify for federal subsidies, because technically you’re all qualified by your employer. This creates all kinds of strange incentives.

For instance, if the husband and wife got a divorce, the family then qualifies for exchange subsidies, even if they don’t change any behavior other than they get divorced. So financially it will be beneficial in some cases to divorce. This is just a terrible regulation that’s built into the law. Hopefully they’ll think of some way to fix this, because this regulation just makes no sense.

The more common thing that’s likely to happen is that a lot of employers will just drop coverage and pay the penalty, and it’ll actually be better for the workers, too, especially if they are low-income. If their employer drops insurance, they can then raise wages, and the workers will still qualify for federal subsidies on the exchange. It’s a win-win for workers and employers. But a large purpose of this law was to get employers to provide insurance, but for employers with low-income employees, that’s not going to happen. I’ve done a published calculation where I found that for 37 million employees who currently get insurance, it’s financially beneficial for their employer to drop coverage for them. It’s also financially beneficial for the worker.

This is a big deal in the private work force, but it’s a huge deal when we look at state, municipal, and county workers. About 70 percent of those workers have retiree health plans, and it’s an enormous drag on the finances of states, counties, and cities. It’s going to be very difficult for the states and counties to resist putting all of these ex-workers onto the insurance exchange with the subsidies. Effectively, the Affordable Care Act will be federalizing retiree health insurance for the states.

What are the economic effects of requiring insurance packages to include certain provisions and coverage, for example birth control?

Beyond the obvious effect of raising the premiums, these provisions also have this interesting effect of making it so that the old plans are no longer considered adequate insurance under the law. There’s been some movement to say look, maybe we can just go back to the old plans, but those plans are illegal under the new law. It’s not at all clear how they’re going to fix that.

The Affordable Care Act has required insurance to extend dependent coverage to adult children up to 26 years old. Do you think this is going to have a net positive effect to those children or over time it’ll cause the premiums for everybody to rise?

The second thing is that it deprives the individual market of young, healthy people who could potentially pool with the sicker people. This makes the problem of adverse selection worse in the insurance exchange market. A 23-year-old who’s covered by their parents has no incentive to go buy insurance in the exchange market. They don’t have to pay a penalty, because they’re already covered. What that means is that there’s one fewer young, healthy person to pool with the older, sicker people on the exchange, making the adverse selection problem that we talked about earlier worse on the exchange.

Fix contributor Devon Zuegel is a student at Stanford University.