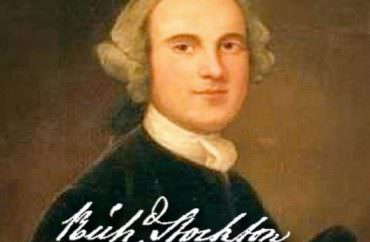 Bust of Stockton, a Founding Father, to be contextualized

In the midst of a series of protests across the nation regarding controversial statues, Stockton University in New Jersey recently removed a bust of its namesake, Richard Stockton, from its library entrance. A signer of the Declaration of Independence, Stockton also owned slaves.

University President Harvey Kesselman told the Press of Atlantic City that although the bust was just removed on Aug. 23, Stockton’s identity as a slave-owner has been a point of contention on campus for some time.

He noted the statue “was never placed in context.” In a statement released Aug. 28, Kesselman announced the establishment of the Richard Stockton Exhibit Committee, which will plan the reinstallation of the bust in a setting that explains its historical context and controversy.

“We are hopeful that through the development of the Richard Stockton Exhibit we will demonstrate that difficult issues can be dealt with in a way that strengthens and unites us,” the statement reads. 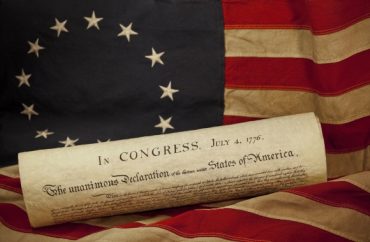 Apart from owning slaves (as in fact several Founding Fathers did, including George Washington and Thomas Jefferson), Richard Stockton made significant contributions to early American history. A graduate of the College of New Jersey (later known as Princeton University) and a prominent lawyer, he was elected to the Second Continental Congress in 1776—partly to replace the New Jersey delegates who resisted declaring independence.

During the American Revolution, Stockton facilitated the war effort through several committees. He fell prisoner to the British, who subjected him to extreme hunger and cold temperatures. When released on parole, he returned to his home estate near Princeton, only to find it pillaged and partially burned at the hands of the British. He opened a law practice and taught students until he developed cancer and died in 1781.

Stockton University has removed a bust of its namesake – slave-owner Richard Stockton https://t.co/df1vA1RWzn

Diane D’Amico, director of news and media relations at Stockton, told The College Fix that the Aug. 28 statement comprises the university’s official comments on the matter. She also mentioned that, in accordance with the statement, the exhibit committee has had its initial meetings and consulted expert opinions to determine the best way to contextualize Stockton’s legacy.

Seniors Reid Truett and Justin Farrell, president and vice president of the College Republicans at Stockton University, told The Fix that they do not object the bust’s removal.

“The Stockton College Republicans supports the University’s decision to temporarily remove the bust of Richard Stockton and place it within an exhibit to better explore his legacy,” they wrote in a statement. “We’re interested in becoming involved with the exhibit and other avenues for students to become politically and historically engaged throughout the semester.”

Sharon Musher, associate professor history at Stockton, said she also approved of the university’s decision, though she also had additional recommendations.

She hoped the committee would investigate “the man within his time,” she told The Fix.

“This would include careful analysis of New Jersey’s relationship to slavery, a consideration of the broader relationship between slavery and freedom at the time of the American Revolution, and attention to connections among history, memory, and power,” she added.

Musher expressed hope in the new exhibit’s effectiveness, especially if the university uses it to engage students and faculty “in a dialogue about race, history, political alliances, and public commemoration.”

Others have seen the bust’s removal as unnecessary. After hearing about the decision, some students have called it an overreaction.

Senior Dylan Perry told the Press of Atlantic City that he has hardly hears complaints about the namesake on campus, and that in fact most students do not know much about Richard Stockton.

“The real problem in our nation is not statues of historical figures,” Perry added. “Rather, the problem is that we have people in our nation with hate in their hearts.”

Commenting on the pushback, D’Amico emphasized that the bust has not been discarded but remains, well preserved, in the university’s archives.

“It’s still here in the library, just not on display,” she told The Fix. The bust has been temporarily removed, she continued, given “what’s been happening in the country,” alluding to the sometimes violent protests of statues, such as the one in Charlottesville.

According to D’Amico, the university plans to release another statement soon regarding the committee’s progress, as well as the expected time of the bust’s return.