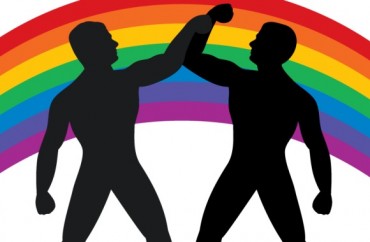 Student activists and Women’s and Gender Studies professors at a top-ranked public university in California have banded together to demand administrators launch a “queer studies” program, saying it would address the needs of “invalidated” queer students on campus and make the school more “inclusive.”

The Women’s and Gender Studies department at Cal Poly San Luis Obispo has called on the administration to incorporate a “queer studies minor,” suggesting it’s the “just” thing to do, and student activists told peers who disagreed with them on the need for the program to “check their privilege.”

All of this started back in early November when a student activist group calling itself “SLO Solidarity” sprang to life in the wake of the student protests that engulfed campuses nationwide last fall over claims universities are bastions of institutionalized racism.

Among SLO Solidarity’s 41 demands are calls for the creation of a queer studies minor and a “Women’s, Gender, & Queer Studies” major, as well as the hiring of more professors to teach such subjects.

In November, activists lined a stage during a visit from the California State University system’s chancellor. Their mouths were covered with duct-tape, and they held signs stating “Queer Studies Now.” The protest sought to “remind the campus and the Chancellor that many students, unfortunately, do not feel included in our campus community,” according to participants.

The president of the Queer Students Union declined to comment to The College Fix.

In December, the Women’s and Gender Studies Department came out in support of the group in a public letter stating a “queer studies” program would be “integral to the creation of a more diverse, inclusive, equitable and just Cal Poly.”

This week, the Cal Poly San Luis Obispo Queer Students Union released a letter calling for the queer studies programs to be created.

“The current invisibility of queer identities within the Cal Poly curriculum has augmented the creation of a campus climate that is unwelcoming towards those within the queer community,” the letter stated. “Our identities and problems are excluded, invalidated and deemed nonexistent by way of this invisibility in the curriculum.”

The Women’s and Gender Studies Department stated they have submitted a proposal for a new interdisciplinary Queer Studies minor “for inclusion in the 2017-19 catalogue.”

In a statement to the campus community, administrators said of the queer studies proposal: “Curricula matters in particular (e.g., creating new classes, minors and majors) are developed by the faculty, starting at the department and college level, and are approved through a defined process involving numerous committees and considerable due process.”

SLO Solidarity has suggested queer students are met with a discrimination, and cite in part a Cal Poly College Republicans event.

The group erected a “Free Speech Wall”on which students could express themselves in early November to commemorate the fall of the Berlin Wall. Most of the comments on the makeshift wall ranged from political statements to back and forth conservations, but unknown students used the wall to write what some deemed to be rude and offensive comments about LGBTQ and Muslim students. It was unclear who wrote the statements, or why.

SLO Solidarity held a “Stand in Solidarity” event the night after the wall that drew an estimated 130 students. Vice President of Student Affairs Keith Humphries said in an email the wall would stay up due to the First Amendment right of freedom of speech while also condemning the controversial remarks.

The Cal Poly College Republicans disavowed the comments, but remained steadfast in support of free speech.

“We do not condone, in fact we condemn, the use of hateful statements towards the transgender community, people of any religious doctrine, political philosophy, gender identity, etc. In light of these statements, we strongly encourage and applaud the response from the ‪#‎SloSolidarity‬ movement and others as they use their right to free speech to educate the community about these issues rather than attempting to silence other people’s right to free speech,” their statement read.

The group also demanded the administration come up with an action plan by the start of winter quarter, which launched last week.

For those who disagreed with these demands, SLO Solidarity published a statement telling them to: “Check their privilege.”

Last fall, one of SLO Solidarity’s leaders was sent a death threat by another student, who was later arrested on hate crime and felony criminal threat charges and faces up to six years in jail if convicted.

Requests for comment by The College Fix to leaders of SLO Solidarity were not immediately returned.