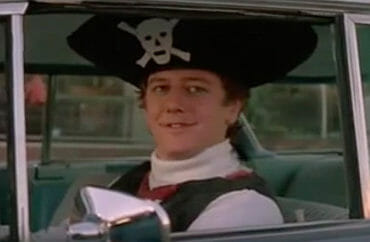 A Dutch university is facing its country’s Institute for Human Rights in a “discrimination” case after it refused to allow a doctoral student to defend his dissertation while clothed in … a pirate suit.

Environmental engineer Michael Afanasyev took the action against Delft University of Technology because he claims he is a priest of the “Church of the Flying Spaghetti Monster,” an group “that lampoons what it claims are special exemptions for religious people.”

According to de Volkskrant, Afanasyev once succeeded in getting an Israeli passport complete with photo of him with a colander on his head.

“Muslims can wear headscarves on their passport pictures for religious motives, and Sikhs can wear turbans,” he said.

The PhD student asked “Who is TU Delft to determine what is important for my religion? It is Delft University of Technology, not Delft Theological University.”

From the story (translated from Dutch):

TU Delft announced that a PhD is a formal, formal academic ceremony, with a subdued character that emphasizes the scientific dialogue. ‘This includes appropriate, formal clothing that makes it possible to judge without respect of persons whether the candidate can be awarded the highest academic degree. A pirate costume will not suit TU Delft on this occasion. ‘

Earlier, the university allowed a PhD student specialized in robots to be promoted with a robot as paranymph. The robot wore a black bow at the ceremony.

Furthermore, according to the university there is room for accents from personal privacy, such as a yarmulke or headscarf. “A modest headgear that expresses the conviction of the person concerned and does justice to the subdued character, we might allow.”

According to the Church of the Flying Spaghetti Monster website, pirates can “be divine beings,” and notes “global warming, earthquakes, hurricanes and other natural disasters [are] all directly affecting the declining number of pirates since 1800.”

Its followers say this claim “is no stranger than that of a man who turned water into wine or a god who split the sea in two.”

MORE: Grads: Leave your religion off your resume if you want callbacks