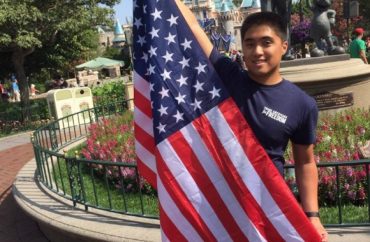 ‘As a former Maoist, I see what the left is doing. They are attempting to start another Cultural Revolution’

It’s hard to believe just a few years ago in high school he often recited and praised the teachings of Mao Zedong, the Chinese dictator and mass murderer whose executions, imprisonments, forced famines and labor camps are credited with killing an estimated 65 million Chinese.

Many romanticize Mao’s legacy, and Kahanding said as an impressionable teen who faced severe bullying for many years he had been drawn to Mao’s rhetoric of equality for the common man.

Kahanding — whose ethnic heritage includes Chinese ancestry — said he was seduced by the notion of equality as he searched for purpose and acceptance.

“I fell in love with this ideology because prior to high school I was bullied for nine years,” Kahanding said in an interview with The College Fix. “Having been treated like dirt, I thought that if I became a communist and helped advance the cause, then no one else would have to go through that.”

“It started off with music from the Cultural Revolution,” he said. “The song, ‘Socialism is Good,’ was catchy and stuck in my head. It forced me to research more and I fell in love with the ideology.”

Despite his parents beings conservative, Kahanding said he became obsessed with advancing a world where no one felt harassed. He began to dedicate his time to studying the teachings of Mao – even learning Chinese so he could recite Chinese revolutionary songs from the 1960s.

“I would dream for the day that I could tear down the oppressive system so that all men and women would be equals,” Kahanding said. “I would even graffiti the hammer and sickle on sidewalks.”

The symbol represents empowerment of the working class, but to Kahanding, it represented a rebellion against everyone who constantly put him down.

Tactics of the left no different than schoolhouse bullies

It seemed unlikely anything could move Kahanding to change his mind.

But one day he came across a book at a local store called “Bullies” by conservative political commentator Ben Shapiro, and its title prompted him to pick it up.

Shapiro makes the argument that by playing the race card, class card and sexism card, liberals use any means possible to demonize their opposition and shut them up.

After reading the book, Kahanding said he was prompted to reexamine his beliefs from an entirely new perspective, that he came to understand the tactics of the left are no different than that of the bullies he faced as a child.

“His book showed me that the left was full of horrible people that I thought were tolerant, but they were just hypocrites,” Kahanding said.

With his faith in Maoism severely shaken, he was now open to considering the perspectives of other conservatives. Unwilling to put up with any more oppression, Kahanding slowly began to embrace the notions of personal freedom and liberty espoused through conservatism, ideals his parents believe in.

“I discarded my feelings and embraced facts,” he said.

Today, Kahanding has abandoned his fight for perceived equality and instead fights against political correctness as a member of Young Americans for Freedom.

His mother, in an email to The College Fix, said she can recall her son listening to communist music in the car and touting the communist symbol on his books. She’s glad for the turnaround.

“I didn’t like it, but I knew it was just a phase so I let time pass by,” she said. “I am so proud of my son for what he has done and his accomplishments that he has made.”

As someone who fights for personal freedom, small government, religious liberties and other conservative principles, Kahanding said he understands more than many what is at stake.

“Not many people understand this, but as a former Maoist, I see what the left is doing. They are attempting to start another Cultural Revolution,” he said. “They are like me, a naïve young person who wants everyone to be treated fairly.”