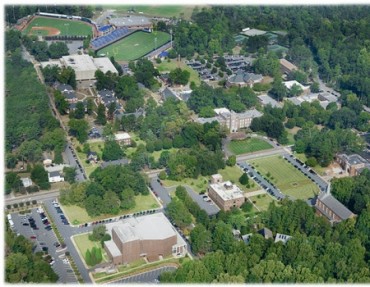 Marc Bechtol, the North Carolina student who was yanked from class and suspended by administrators last week for comments he made on the college’s Facebook page, is no longer being punished. The college revoked his suspension but declined to offer an explanation or an apology.

“They just dropped it,” said Bechtol. “They didn’t offer any apologies, and they didn’t really offer any explanation.”

The trouble started in June when Bechtol, a student at Catawba Valley Community College, began receiving e-mails advertising the CVCC Onecard. The card, which is provided by a financial services company called HigherOne, doubles as a student ID card, library pass, YMCA gym membership pass, and is the principal method by which students receive financial aid payments from the school.

Bechtol was greatly concerned about the fact that the Onecard was essentially a requirement for CVCC students, to say nothing of the college’s aggressive marketing techniques.

“The way the school was marketing the card was completely unacceptable,” Bechtol said. “I have a problem with a government agency, such as a public college, getting in bed with a financial services company. It’s a bad mix.”

Bechtol reported receiving an email on September 19 with the subject line, “Want your refund? Activate your CVCC Onecard today,” typed in capital letters. A week later, after activating his OneCard, Bechtol received a marketing call from Orchard Bank about opening up a credit card. Deciding that either the college or HigherOne had shared his personal information, he became irritated and decided to publicize his frustration with the Onecard.

Bechtol began posting comments on CVCC’s Facebook page, as well as his own, about the terms of service for the card, which included a 50 cent charge for all debit transactions and a $2.50 ATM charge for any ATM used off campus. One post read:

“Just got another email about the higher one card. They say my grant money will be delayed 21 days because I elected the paper check over dealing with an unethical bank. Any CVCC administrators care to take responsibility for this disservice to the student body. Whoever signed off on this should resign or defend his decision. He does not have our best interest in mind.”

But the one that landed him in hot water was posted a week later, on September 28:

After posting the comment he immediately added, “OK, maybe that would be a slight overreaction.”

Vice President of Student and Technology Services, Bill Dulin, said the school does not sell students names to credit card companies, but he did not know whether HigherOne does.

“However, Higher One informs us that they do not,” he said.

No one responded to Bechtol’s comments or e-mails, but a few days later, on October 4, he received an in-class visit from Cynthia Coulter, CVCC Executive Officer of Student Services. She told him to gather his things because he would not be returning to class.

“When she told me what it was I almost laughed, I couldn’t believe she was taking it seriously,” Bechtol said. “It was every bit as rhetorical as if you told a kid ‘I’m going to kill you if you get a tattoo.’”

The next day, Coulter sent a disciplinary letter to Bechtol describing his Facebook posts as “disturbing” and indicating “possible malicious damage against the school.”

She informed Bechtol that he would be suspended for two semesters and withdrawn from his current classes for violating policy 3.18 “J” in the CVCC student policy manual, which states that students may be suspended or expelled for the “commission of any other offense which, in the opinion of the administration or faculty, may be contrary to the best interest of the CVCC community.”

Stunned by the school’s decision to suspend him, Bechtol contacted the Foundation for Individual Rights in Education (FIRE). FIRE saw both the suspension and the policy behind it as a violation of his First Amendment rights.

“That policy is very dangerous for students, it is unconstitutionally vague, it gives administrators huge discretion on what to punish and who to punish,” said Adam Kissell, FIRE’s Vice President of Programs. “Students have no idea what administrators might find inappropriate, and they have every reason to fear for their academic careers every day.”

FIRE released a detailed statement about the incident and sent a letter to Garrett Hinshaw, President of CVCC, expressing their “grave concern about the threat to freedom of expression presented by CVCC’s ill-advised decision.”

FIRE’s publicity, along with national media coverage garnered by the incident, ultimately put enough pressure on the school’s administrators and they relented.

CVCC administrators do not believe that the policy is vague, but FIRE’s concerns have prompted them “to review this policy and determine if it can be improved or made more clear,” according to Bill Dulin, Vice President of Student and Technology Services at CVCC.

Meanwhile, Bechtol is just happy to be back in class, where he belongs.

“My professors were glad to see me back,” he said. “I’m the nerd kid who sits in the front row and gets straight A’s.”