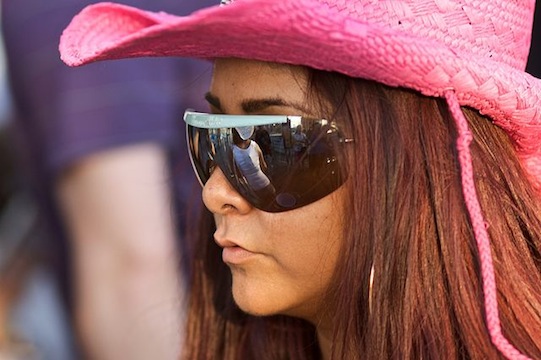 Like a creeping mildew on a shower wall, student fees easily go unnoticed. Yet they grow relentlessly until, one day, you look down in total disgust and there they are.

What are student fees next to the mountains of cash poured into tuition, room and board? A few hundred wasted dollars every year among tens of thousands. But just like mildew, even a little student fee waste is entirely too much once you realize what you’re buying.

Here are a few examples:

At Cornell, $7000 in student fees helped pay for a recent incarnation of an annual campus party called “Filthy/Gorgeous,” an event designed to “celebrate the LGBTQ community.” A campus news report details the notable features: “A bin of condoms sat on the table for people to take as they paid the $3 entry fee. Half-naked male and female dancers, some who work at the Splash Bar in New York City, were hired to get the crowd excited by sporadically kissing one another on stage and also by kissing members of the audience — regardless of gender.”

An annual outdoor rock and hip-hop festival at Cornell called “Slope Day,” is funded by more than $200,000 worth of student fees.

At Duke, they recently raised student fees in order to cover sex change surgeries for any student who wants one. What, after all, could be more critical to the education of America’s youth than the severing and surgical reconstruction of students’ genitals?

At the University of San Diego, a Catholic institution, student fees helped pay for an event called “Supreme Drag Superstar 2.” The performance starred Manila Luzon, described on his personal website as an “Asian Glamasaurus” drag queen. “Jesus is really mad I’m performing at University of San Diego,” wrote Luzon on his Facebook page. What the Glamasaurus didn’t mention were the angry protests from USD students who didn’t feel like they should be forced to pay for his show. More than 4,000 people around the country eventually signed a petition protesting the event.

And who could forget that time Rutgers University paid $32,000 to sponsor a lecture by Snooki from the MTV series “Jersey Shore”? Snooki, famous for her many drunken exploits on television, advised students to “Study hard, but party harder.” Bam, there’s your thirty-two grand. By the way, that’s more than they paid the Nobel Laureate Toni Morrison to speak that year.

Under the direct control of left-leaning student governments, student fees are directed year after year toward the bawdy and the gaudy. There’s no end to the intellectually useless parties, performance, liberal causes deemed worthy of student fee funding. But when a group of conservatives or Christians asks for a bit of money, it’s amazing how quickly the purse strings close.

At the University of Wisconsin, where they spent one hundred grand to pay for the necessary buzzing and spinning and welt-producing gadgets with which to stock all those “pleasure boxes,” the university administration told a student group called Badger Catholic it “could not use the fees to fund any activity that included prayer, worship, or religious activity.” It took a lawsuit to make U of Wisconsin administrators change their minds, deciding at last that a little prayer could hurt no more than a “12-inch wooden paddle with eight rounding openings.”

And at Cornell, where “Filthy/Gorgeous” merits seven grand a year in official funding, a Christian group was denied funding because the fraternity would not agree to accept an openly gay student as a leader of the group.

In a similar, high-profile case at Vanderbilt University, school officials deprived several mostly conservative Christian student groups of meeting space and funding because those groups require their leaders to actually share the beliefs of the organizations they seek to lead. Vandy officials could not tolerate those groups’ intolerance.

There are two problems with the way student fees are typically used in the U.S. First, they are used, disproportionately, to the advantage of liberal groups. For example, take a look at the laundry list of liberal pet projects receiving student activity fees at CU Boulder. You’ve got your “Environmental Center,” your “Gay, Lesbian, Bisexual, Transgender Resource Center,” your “Center for Equity.” Looks like in Boulder every center leans left.

The other problem is the waste. It seems strange that colleges are spending so much on extracurricular activities even as student debt reaches record heights and as many campuses face budget shortfalls. Wouldn’t it be better to fund a few scholarships for needy kids instead? All that waste won’t sit well with all the parents who are taking out second mortgages to pay for their kids’ educations.

(This essay was originally published at Minding The Campus. Image by Aaron / Flickr)