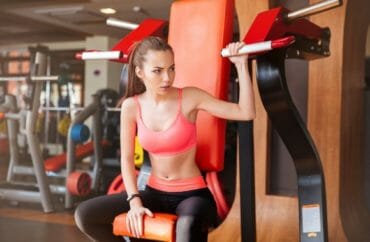 It’s rude to hog equipment at the gym, but most would attribute such behavior to poor etiquette.

At the University of Wisconsin-Madison, however, one student went so far as to file a bias report after a peer hogged weights at the campus gym then yelled at him to back off.

That incident is one of many a Wisconsin think-tank uses to contend that the university’s “Hate & Bias” reporting system is actually “clogged with pettiness and tattling.”

The MacIver Institute for Public Policy, a free market think tank in Wisconsin, recently obtained copies of 88 bias incident reports filed at the university during the first nine months of 2017 through public records act requests to determine they largely consist of a “cacophony of classroom disagreements, roommate squabbles, personal vendettas, arguments over workout room equipment, and Facebook fights.”

Additional examples include a bias report about “the pizza slice-of-the-day at the student union called the ‘Buffalo Soldier,’ this despite the fact that ‘Buffalo Soldier’ was a racist term the plains Indians called black soldiers, claiming they looked like buffalo,” the institute’s report states.

“Ironically, the person offended by the name was a native American,” it added.

Other reports focused on someone saying the word “fuck,” a professor’s use of the term “transsexual,” and roommates moving out without warning.

What’s more, The College Fix last spring obtained several bias incident complaints from UW-Madison stemming from the 2016 school year. Among them? A report over a white student glaring at peers, and another over racist burnt toast.

For the past two years the Badger Herald campus newspaper has reported the campus has registered a spike in the number of bias claims filed at the school.

The influx of frivolous bias complaints has created an “exaggerated picture of hate and bias” that impedes the public university from tackling overt acts of racism on campus, the think tank’s report argues.

“Such outlandish complaints diminish the legitimate cases of racism, discrimination and harassment that truly have occurred on campus,” it states.

As for the gym incident, it took place June 6 in the university’s Southeast Recreational Facility, according to the bias report, a copy of which was provided to The College Fix by the institute.

The allegedly offending female student “was monopolizing the equipment in the weight room for an extended period of time,” the complaint stated. Although the report is not entirely clear, apparently when the male student tried to address the issue, the female student told him to “go fuck yourself” and yelled in a “loud” and “mean” tone, the complaint adds.

“I felt scared and bullied,” the complainant told campus officials. University of Wisconsin spokeswoman Meredith Mcglone pushed back against the think tank’s investigation, telling The College Fix via email it “does not accurately depict our processes and policies.”

McGlone disputes the report’s assertion that the system is clogged by frivolous claims. While anyone can file a report, the university reviews each incident for relevancy before including it in overall campus statistics, she told The Fix.

“Most students don’t ask for any action to be taken on their report – they’re simply making us aware of what they experienced,” McGlone said. “And students of many different backgrounds (including students with conservative political views) have used the system. Its primary purpose is not to investigate or punish but to provide support and facilitate conversations.”

As for other bias complaints uncovered by the institute, a student filed a report about comments on a Facebook photo of a male student with a fanny pack over his stomach that made it look like he was pregnant. When jokingly asked in a comment about the gender of the baby, the individual responded it’s “non conforming.”

But that comment wasn’t the sole reason the report was submitted. The report also complained about the individuals’ past behavior in high school.

“I have known these boys for years. I went to high school with them. They are generally very mean people,” the student wrote in the bias incident report. “They have specifically attacked my friends, although not in this instance. They need to stop their hateful, ignorant and offensive comments.”

Other cases reviewed by the think tank include students filing reports regarding encounters with individuals unaffiliated with the university. One student filed a report about a white, homeless man calling people “racist” saying he was using his “white privilege.” Another student filed a report because their landlord kicked them because of their dog.

The Bias Reporting Process at UW-Madison also plays a role in the classroom.

“It’s also not unusual for students to report their professors for objectionable classroom instruction. At least one student was offended when her literature teacher read a passage from a Joseph Conrad novel; n-word and all,” the report states.

Chris Rochester, director of communications for the MacIver Institute, told The College Fix in an email that the think tank was not surprised with the overall finding of its investigation.

“Racism is a serious issue, and unfortunately what we found were many examples of students willing to use that charge in an attempt to get back at their peers in everyday squabbles,” Rochester said.

He added the “outlandish” reports filed at UW-Madison show an inability of students to handle difficult situations.

“It seems like students just don’t know how to handle conflicts anymore, so they turn to cries of racism and essentially use this system to tell on each other,” Rochester said. “The politically correct culture only enables this behavior, and what we found in these reports tell us the hate and bias reporting system is a symbol of how the campus enables this culture of victimhood.”

However, the MacIver Institute’s investigation noted that some of the incident reports “indicate a genuine problem with racism on campus,” especially for Asian students. According to one incident report, an Asian student was allegedly told “You do not belong here. Go back to your f—ing country and get out of the States!”

“The reports did show several incidents apparently motivated by xenophobia and racism. We’re not sure specifically what can be done, but this reporting system isn’t the solution,” Rochester told The Fix.