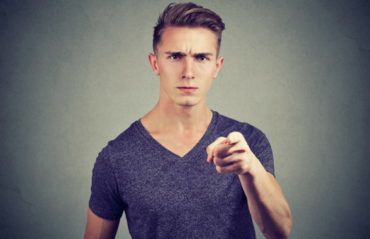 “Every faculty member I have spoken to about this is deeply disturbed by the implications of this proposal,” Professor Stuart Reges, who teaches at the university, told The College Fix via email.

According to Saunders, the university must “think outside the lens of an oppressive system and think in a mindset of innovation, improvement, and radical change,” his resolution states.

The proposal states that, when the university determines a case to be worthy of internal discipline, these juries would have the power to judge an action or trait to be discriminatory and to decide the proper punishment for it, which the university must respect.

Under the proposal, leaders from the student senate, faculty senate and administration would sit on a “Supreme Court” which would mediate jury deliberation and have the power to rule a decision “unjust or biased.”

Reges provided a recording to The College Fix of a nine-minute portion of the March 30 meeting in which the senate discussed the resolution.

One member of the senate, Esaac Mazengia, asked Saunders about the academic freedom implications of such a proposal.

“I think that academic freedom does not excuse disrespect,” Saunders said in his response. “If you disrespect somebody and you feel like you don’t want to respond to that as a professor, as a faculty member, then you have pretty much said, like, ‘I am willing to take this to a jury to see if this is respectful or not.’”

The College Fix reached out to David Frantz, Communications Director of the Associated Students of the University of Washington, which oversees the student senate.

The Fix emailed Frantz with a list of questions and asked to be put in contact with Saunders.

Frantz replied with the minutes from the March 9 senate meeting, where the resolution was first proposed, and a copy of the resolution, both of which were already public.

Frantz did, however, tell The Fix that the resolution is currently being discussed and has not been voted on.

According to the meeting minutes, Saunders was inspired to draft the resolution by “so many issues on campus about accountability for staff and faculty.”

His resolution accuses already established disciplinary groups, such as the Faculty Disciplinary Task Force and Bias Incident Advisory Committee, of not doing enough to crack down on “systematic oppression towards marginalized members of the community.”

The Faculty Disciplinary Task Force “hasn’t facilitated an environment that can hold faculty and staff accountable to the degree necessary for student safety … [and] doesn’t have substantial options for rehabilitating faculty and staff accused of misconduct,” the resolution states.

And the Bias Incident Advisory Committee “does not solve any problems for students directly and makes students feel like their stories are not being properly addressed,” the resolution states.

One example Saunders lists as an example of faculty misconduct is the case of Reges, a professor of computer science at the university who writes conservative op-eds for various publications.

Reges has written multiple opinion pieces for Campus Reform, one of which criticized the Black Lives Matter movement. Another piece which he wrote for Quillette denounced the firing of James Damore from Google and argued that discrimination was not the reason for a lack of women in STEM.

He told The College Fix the proposal is reminiscent of the Red Guard.

“They are recreating the struggle sessions of Maoist China during the Cultural Revolution,” Reges said.

Saunders, in the resolution, expressed displeasure that Reges is still employed by the university, denouncing a column Reges wrote for Quillette headlined “Why Women Don’t Code.”

In it, Reges reacts to the 2018 firing of Google employee James Damore, who wrote an internal memorandum criticizing the company’s diversity and inclusion efforts toward women.

In his piece, Reges writes, “women are less likely than men to want to major in computer science and less likely to pursue a career as a software engineer,” and gives his recommendations for getting more women into the field.

In the resolution, Saunders criticizes Reges for citing “research on universal sex differences” between men and women and expressing the belief “that systematic oppression is not the cause of the tech field’s boy’s club mentality, and places the blame on women’s drive to be involved in the field.”

Saunders also lists an opinion piece Reges wrote for Campus Reform in August of 2020 titled “Of course Black lives matter, but BLM is a disaster.”

Saunders claims in the resolution that Reges wrote that “the question, ‘Do black lives matter?’ is ‘difficult to answer.’”

But in the column, Reges does not say the question is difficult to answer. He writes instead that “when asked that question I will unflinchingly answer that, of course, Black lives matter.”

“My crime was to publish articles that express unpopular opinions,” Reges told The Fix. “For writing that, they want to put me on trial to be punished. That is truly frightening.”