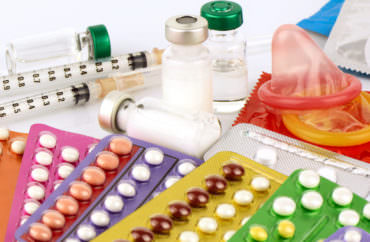 Group says it is pursuing ‘reproductive justice’ by passing out lube, condoms

Declaring that it seeks “sexual health” and “comprehensive sex education” for the student body, a student organization at the Catholic DePaul University is dispensing contraceptives and other sexual paraphernalia on campus in order to ensure “reproductive justice for all bodies.”

Students for Reproductive Justice is an unrecognized student organization at DePaul that in recent months has been openly providing students with free contraceptives. The group describes itself as “pan womanist and radical feminists” that “oppose all sexist oppression, the forces of capitalism, colonization and stand in solidarity with all races, incomes, genders, and abilities.”

The organization states that DePaul’s administration is against “intersectional values” and does not support community health for the “oppressed groups” that Students for Reproductive Justice maintains it is aiding.

The student group was inspired by an organization of the same name at Loyola University, another private Catholic university. DePaul student Amy Weider told the school newspaper The DePaulia last year that she was moved to bring a similar initiative to DePaul after meeting a student from the group at Loyola.

Members of Students for Reproductive Justice take shifts every Friday night from 6 to 11 p.m. to deliver contraceptives, sexual lubricant, and pregnancy tests to students, according to The DePaulia. The system by which these products are distributed is called “Text Jane,” a Google Voice number to which all of the group member have access.

Once a volunteer receives a request for sexual materials, he or she will meet the student in a public location to deliver the requested items.

Reached via Facebook, an unidentified representative of DePaul’s Students for Reproductive Justice told The College Fix that the group is “currently working on a few big events such as a mental health healing circle, a title IX speak out and…a weekly self defense class.”

“As far as Text Jane goes,” the representative continued, “We’ve been having a lot of success in keeping our community safe with free contraceptives…We recently received a donation of pregnancy tests and hope that if the funds allow we can provide emergency contraceptives soon!”

A few minutes later, The Fix received one final communication from the group: “Our apologies, but we have decided we do not want to be featured in the College Fix. Please do not quote us.”

Reached for comment via phone, a representative of DePaul’s Office of Health Promotion and Wellness told The Fix that the university is not allowed to dispense contraceptives due to its being a Catholic institution.

Asked if students themselves are prohibited from dispensing contraception on campus, the representative replied: “I do not know.” The Fix was transferred to Shannon Soffoletto, the director of the Office of Health Promotion and Wellness. Soffoletto did not return requests for comment.

The Fix reached out for comment to the office of DePaul’s president, A. Gabriel Esteban, as well as the Office of Public Relations and Communication. Neither responded.