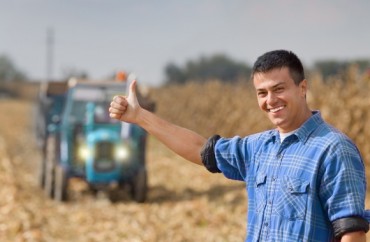 Them city slickers might teach you ’bout free speech

Learning about the blueprint for the American experiment is apparently a threat to college students who don’t grow up in the city.

Michigan’s Kellogg Community College arrested and jailed a student and two “associates” for passing out pocket copies of the U.S. Constitution on a campus sidewalk last fall, according to a federal lawsuit filed Wednesday against the public school by Alliance Defending Freedom.

KCC students Michelle Gregoire and Brandon Withers, along with three associates, did the activity on behalf of the campus chapter of Young Americans for Liberty, which often crosses paths with campus cops and administrators for its educational activities on public grounds.

According to an alliance press release, KCC said the activity violated the campus solicitation policy because they didn’t get permission beforehand.

MORE: Show me an ID or you can’t talk about free speech

The policy prohibits “any expressive activity anywhere on campus” without prior permission, the alliance said:

One of the administrators told the supporters [i.e., “associates” in the lawsuit] that “engaging [students] in conversation on their way to educational places” is a violation of the Solicitation Policy because it is an “obstruction to their education” to ask them questions like, “Do you like freedom and liberty?,” adding that he was concerned that the students from “rural farm areas…might not feel like they have the choice to ignore the question.”

According to the lawsuit, here’s what self-appointed protector of non-urban students and defendant Drew Hutchinson, manager of student life, told student Gregoire:

Student Withers left the scene after being threatened with arrest to “take care of some other business at the school.”

They were booked on trespassing charges and jailed for seven hours before posting bond, according to the suit.

It claims that KCC has selectively enforced the solicitation policy against activities it dislikes while turning a blind eye to politically favored activities:

The lawsuit asks the federal court to find that the “speech permit” and “speech zone” policies, and related conduct-code provisions, violate the plaintiffs’ First and Fourteenth Amendment rights.

It also requests “compensatory and nominal damages” for Gregoire’s arrest and jailing, and attorneys’ fees and costs.