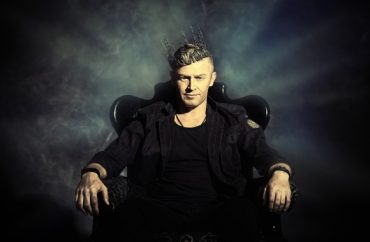 ‘I henceforth shall be referred to as: His Majesty, Grant Strobl. I encourage all U-M students to go onto Wolverine Access, and insert the identity of their dreams’

On Tuesday, top administrators at the University of Michigan Ann Arbor announced a new campus-wide policy that allows students to select their own “designated personal pronoun,” informing the campus community they are expected to adhere to those preferences.

“The University of Michigan is committed to fostering an environment of inclusiveness. Consistent with this value, the University has created a process for students to designate pronouns with the University and have those pronouns reflected on class rosters this fall,” the university stated to students and professors in an email, a copy of which was obtained by The College Fix.

The university defines a designated personal pronoun as “a pronoun an individual chooses to identify with and expects others to use when referencing them (he, she, him, his, ze, etc.).”

As a result of this new policy, professors are now expected to call students by their personally designated pronoun, even if it has no basis in their biological sex.

MORE: The war on male and female

“Faculty members play a vital role in ensuring all of our community feels valued, respected and included,” the email stated. “…These changes give students the ability to tell the University what pronoun they identify with for use in our communications and interactions with them. Asking about and correctly using someone’s designated pronoun is one of the most basic ways to show your respect for their identity and to cultivate an environment that respects all gender identities.”

“If you make a mistake and use the wrong pronoun, you can acknowledge that you made a mistake, and use the correct pronoun next time.”

Students are not only allowed to choose from one of several pre-selected pronouns — they can also write in their own designated personal pronoun. “Designated pronouns will automatically populate on all class rosters accessed through Wolverine Access. Rosters pulled from other systems will not have designated pronouns listed,” the university states. With that, Grant Strobl, (pictured) a conservative student at the University of Michigan and chairman of the Young Americans for Freedom Board of Governors, decided to change his preferred pronoun to “His Majesty” — in an attempt to make the point that this policy has no basis in reality.

In an interview with The College Fix, Strobl said that “I have no problem with students asking to be identified a certain way, almost like someone named Richard who would like to be called Dick. It is respectful to make a reasonable effort to refer to students in the way that they prefer.”

However, he added that he does have a problem when the university institutionalizes the use of pronouns that are completely arbitrary and may possibly sanction people for referring to someone different than their preference.

Strobl continued, “So, I henceforth shall be referred to as: His Majesty, Grant Strobl. I encourage all U-M students to go onto Wolverine Access, and insert the identity of their dreams.” People can tweet their new identity with the hashtag #UMPronounChallenge.

MORE: At the University of Iowa, no student’s gender will simply be assumed