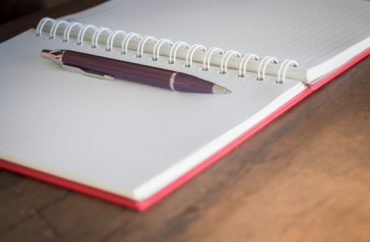 At the University of Florida, a student was recently penalized for writing “man” instead of “humankind” in a class paper.

History major Martin Poirier wrote “Water is a thing prior to man” on a paper for a history class called “History of Water.”

“Thoughtful paper, although the writing-mechanics errors are killing you,” Professor Jack Davis wrote at the bottom of the paper. He gave the student a B minus, according to a copy of the essay published in the student news outlet the Daily Nerv.

Davis circled “man” and referenced his Writing Mechanics Exercise #20, which draws a distinction between “mankind” and “humankind.”

Davis defended the penalization in an email to The College Fix. He explained that the “exercise and inclusion of ‘humankind’ are consistent with the Chicago Manual of Style, the style and the usage guide followed in the discipline of history.”

Davis also said the exercise is “not to enforce political correctness” but is “both a grammar refresher and a style and user guide.”

It was also not for the use “man” alone that Poirier lost points. Rather, Davis explained to The Fix that students lose points when they don’t follow two or more standards.

“I do not lower a student’s grade for only one inconsistence, and I single out no student as an example,” Davis said.

Poirier’s paper was selected for class discussion, having been emailed to his classmates “with anonymity strictly maintained,” according to Davis.

But Poirier decided to publicly defend his use of the word “man” during the class discussion, calling it politically motivated, according to the Daily Nerv student news outlet.

In a Facebook message to The College Fix, Poirier said the “History of Water” class is “certainly biased,” but that he believes “Davis is rather moderate compared to his peers and formulated the gender neutral rule in order to be ‘by the books.’”

“It is on those grammarians who, like the rest of the academy, have eagerly stoked the slide towards gender [and] social anarchy,” he told The Fix.

This incident in question of a lower grade was not the first time Poirier has faced what he considers a troubling trend on campus.

“Political correctness on college campuses goes far deeper than this one excess by this one teacher. By and large, the radical liberationist ideas go unchallenged because no truly oppositional content is presented,” he said.

The College Fix also reached out to the university for a statement.

“We do not comment on student matters,” campus spokesperson Janine Sikes said via email.