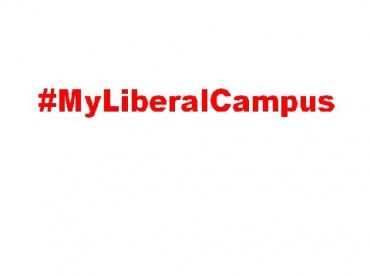 That’s because before his introductory lecture was over, the scholar “warned Ted Cruz-supporting ‘teabaggers’ to get the hell out of his classroom before he sent them home to their mother in a body bag,” Gilbert said in an email interview with The College Fix.

“The comment is from memory, however there were other students with me in the class who can attest to them,” Gilbert said. “When Professor Madison made his comments in the very first lecture, I was taken aback and offended.”

Gilbert said as a conservative student, she enrolled in the course to broaden her horizons and learn about the president from a perspective other than what she is normally exposed to, but dropped it after Madison’s remarks.

She never complained to administrators.

“He did not target me by name, so I did not feel that there was a lot the school could do based on a student just being offended by something said in class,” said Gilbert, a junior and statewide College Republican student leader.

Gilbert is telling her story now as part of the new social media campaign #MyLiberalCampus, in which students post

anecdotal evidence describing when their conservative beliefs have been disregarded or denigrated by professors or peers.

The effort, launched by the College Republican National Committee, strives to highlight the discrimination and intolerance conservative students face everyday on campuses nationwide. So far, more than 350,000 people have engaged in the conversation.

As for Madison, who is listed as a “lecturer” on his faculty profile, in an email to The College Fix, he offered a different recollection of the first “The Obama Phenomenon” lecture he taught last fall.

The following is his verbatim response:

No. I said that any conservative ideas were welcome but they had to be academic ideas. That tea party non sense like “Obama is a Nazi, Communist, Muslin elitist would not be tolerated and that I would destroy those concepts. You cannot be a Nazi, a communist, a Muslim, and an elitist at the same time. These are philosophically contradictory concepts. If on the other hand you wanted to discuss Obama’s politics that would be welcome. I said, for example, that there is very little difference between Obama and George Bush as it relates to the recovery from the recession. Both moved in the direction of TARP.

Thus, people who wanted to argue the above nonsense should take another class or tune in to the Fox news bobble.

Madison first debuted “The Obama Phenomenon” in fall 2010, and it is slated to be offered again this summer.

Asked to describe the class, Madison said it looks at President Obama’s personal background in the “context of Black political philosophy.”

The primary textbook is “A Home Elsewhere” by Robert B. Stepto, in which Obama’s “Dreams From My Father” provides the context for Stepto’s analysis.

Madison went on to note his class looks at the way historical black intellectuals and activists have attempted to rationalize “their relationship to racism in U.S. society.”

“The second half of the course concerns Obama the politician,” he continued. “In that context I argue that Obama (is) not a radical, not the second coming of Malcolm X, but is a technocrat.”

“The next part of the class looks at the racist reaction to a Black man being President. This is where the Tea Party racism and the Birther movement racism is considered. Finally we look at the two election cycles and the factors that led to Obama’s victory.”

As for student reactions to Madison’s comments targeting conservatives, Gilbert points out “the rest of the class did not seem to mind, and some found the comments funny.”

“I was with a friend who is also a conservative student on campus, and though he was very surprised as well, he ultimately decided to stay in the class,” she said.

That student is traveling abroad and unavailable for comment.