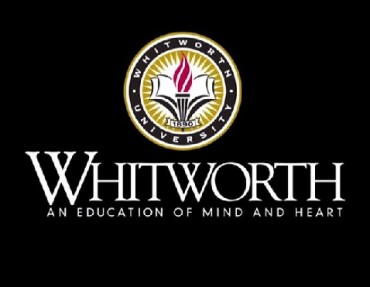 The student government at a Christian university in Washington recently passed a resolution that aimed to protect lesbian, gay, and bisexual faculty by calling on campus officials to add sexual orientation as a “protected class” in the university’s employee handbook.

As a protected class, faculty at Whitworth University who identify as gay, lesbian or bisexual could not be targeted at the Christian institution for discrimination, harassment or retaliation.

“Be it resolved that the administration add ‘sexual orientation’ to the list of protected classed [in] the Employee Handbook for Faculty & Staff under the section entitled Policy Prohibiting Discrimination Harassment and Retaliation,” the student resolution stated.

It was approved after some of the 3 percent of homosexual faculty and staff members on campus met with students through a series of events – workshops and the like – and talked of their struggles.

Yet, the administration at Whitworth University, located in Spokane, W.A., has no current plans to implement the resolution, an official recently told The College Fix.

“No policy changes relevant to the resolution are pending,” university spokesman Lucas Beechinor told The College Fix, but added the administration “has been involved in listening to the issues raised by the students.”

Because of the university’s Christian identity, adopting the resolution would be controversial. Whitworth is a member of the Council for Christian Colleges and Universities. A representative from the council did not respond to The College Fix’s request for comment regarding Whitworth’s student resolution.

The resolution passed by a vote of 13-1-1 on March 18 by the Associated Students of Whitworth University. Three percent of Whitworth faculty identify as gay, lesbian or bisexual, according to a 2013-14 study cited in the resolution. The resolution alleges this group is unable to safely identify their sexual orientation.

“[T]he population of lesbian, gay, and bisexual faculty and staff on campus are unable to safely identify themselves as such for fear of discrimination, harassment, and employment termination,” the resolution stated.

Adding sexual orientation as a protected class will enrich the university, the resolution argued, by providing a more “inclusive environment,” one that won’t block top tier talent from being hired.

Despite the administration’s hesitancy, students at Whitworth overwhelmingly support the resolution. According to the resolution, two polls surveying at least 400 of Whitworth’s 2,800 students found more than 70 percent approval for the resolution prior to its passage.

The resolution also got support from the editorial board of The Whitworthian, which wrote the resolution forwards the university’s mission despite any differences it may have with Christian teaching.

“The addition of this policy would support the Whitworth mission, regardless of theological opinion,” the board wrote. “We do those things chiefly by loving our neighbor and providing a place to be accepted, regardless of identity.”

Ian Robins, president of The Associated Students of Whitworth University, could not be reached for comment regarding the resolution’s future.