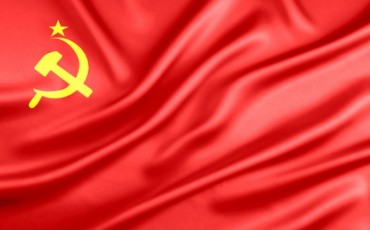 At Amherst College, a senior recently wrote a column titled “The Lack of Leftist Discourse” in The Amherst Student, lamenting the lack of radical leftist ideology and activism at the private, liberal arts school in western Massachusetts.

In it, she rightfully claimed that the mostly liberal Amherst student body tends to “shun any conservative voices,” but then proceeded to argue that Amherst needed more leftism.

The article centered on the idea that because of most students’ liberal political views, the general level of discourse at Amherst is insufficient. She notes:

“You wouldn’t be entirely wrong to say that … we are, in general, a college of self-righteous liberals. But therein lies the entire problem — the conflation of liberalism with leftism, the idea of a political spectrum that begins with conservatism and ends with liberalism, or, at most, an idea of social democratism that sits comfortably within the liberal paradigm of thought. There seems to be an inability to think outside this narrow framework, to conceive of a ‘left of liberal’ that’s not just an extension of liberalism itself; a taboo to any sort of belief system that involves radicalism, Marxism, structural or post-structural frameworks of thought.”

Her solution is no improvement: the logical conclusion of her argument is that she and other leftists are completely justified in ignoring and devaluing the opinions of people they disagree with and going further with radical leftist activism on campus.

Currently, several of these students—the author of the article among them—are in the process of creating a leftist blog meant to serve as a much more radical alternative to the popular Amherst-student-run website ACVoice, itself well-known for its left-of-center leaning. According to one of the contributing writers, the students hope to provide a leftist perspective on campus issues.

This is not the first time such students have been active on campus. Last year, they organized a leftist reading collective which met weekly to discuss ideology and how to change the campus to better represent their ideals. Among their plans was an attempt to unionize Amherst food service and custodial workers.

Not only are these students active promoters of leftism, but they are supported in their efforts. Multiple professors at the college promote leftist ideologies.

J. Celso Castro Alves, an assistant professor of black studies and history currently on leave, voluntarily served as advisor for the reading collective because he has said he wished to foster leftist student activism, and has repeatedly advised students to work as union organizers.

Last semester, two conservative students felt the need to withdraw from one of his courses because they felt ostracized and personally offended by his responses to their in-class comments.

Hannah Holleman, a new assistant professor of sociology, also promotes anti-capitalist ideas and, in one of her courses—Footprints on the Earth – asserts global warming is caused by humans in a way that dissuades student disagreement.

What’s more, over the past few semesters, multiple students have studied abroad in socialist countries, notably Cuba, and returned seeking to vocally emulate those countries’ politics.

If not in practice, at least intellectually, leftist ideas thrive at Amherst College. Leftists are engaged with respectfully, while conservatives are ridiculed.

For example, when another self-identified leftist wrote about the need for more Marxist and anarchist course material in a letter to the editor in The Amherst Student last year, there were no harsh online comments levied against him. However, when a conservative student wrote about his opposition to abortion, he was personally attacked by anonymous online commenters. In response to his article, two female students also wrote a piece claiming it was justifiable to ignore his argument just because he disagreed with what they believed was a universal feminist agenda. Others agreed to the women’s response, making it plainly obvious that conservative views were not respected.

The author of “The Lack of Leftist Discourse” is right in pointing out a lack of ideological diversity at Amherst, but her solution of having more leftist ideology is unwarranted and dangerous. It risks permanently silencing the already embattled conservative student voices on campus.

Fix contributor Katrin Marquez is a student at Amherst College.