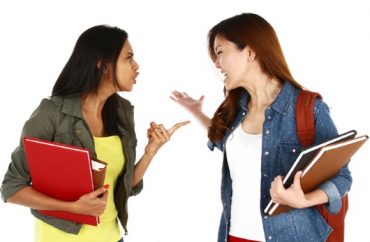 This year’s University of California Students of Color Conference unproductively devolved into something of an “oppression Olympics” between different minority groups, prompting arguments between participants and ultimately leading to some canceled sessions at the annual event.

UCLA student Jacqueline Alvarez told The College Fix as much in a recent telephone interview, standing behind an op-ed she wrote in the Daily Bruin campus newspaper detailing the same.

She described the conference not only as an “oppression Olympics” but also “a safe space gone wrong” in her opinion article.

Ralph Washington, president of UC Student Association, which organized and hosted the conference, confirmed there were “tensions” at the mid-November gathering, and that its schedule was altered.

“The Students of Color Conference is always a space when tensions get a little high,” he said in a phone interview with The College Fix. “This mirrors that nature of our lived experiences. But this year there was a lot of harm thrown around to the various organizers, and some people came into the conference without understanding what the theme of the conference was. There are constructive things that we can do to prevent this happening in the future.”

“I think that sometimes in conferences schedules are changed to meet a more pressing need. It isn’t a problem when those who are organizing the conference change things around to meet the needs of participants,” Washington said.

Washington declined to provide to The Fix a copy of an apology letter conference organizers issued to participants after the conclusion of the event.

In one of the larger workshops, one of the students raised a question about why the only issues being discussed were those involving anti-blackness, prompting an African-American student to respond that black students are the most oppressed, to which a Muslim student made a comment about her people being bombed in the Middle East, according to Alvarez.

This exchange, and others like it, resulted in the cancellation of several sessions on the second day of the conference, Alvarez said. Above all, conference participants each wanted to focus on their own particular minority issue, she said.

Though not able to attend the conference herself, Alvarez received accounts from her roommate and several friends about what transpired there, she said.

“I am very unhappy about how this conference was ran. There needs to be accountability for the trauma some of the organizers made. And I didn’t appreciate my workshop being cancelled,” wrote UCLA student Robert Gardner. “… It was really hurtful to have other marginalized identities silenced because a small fringe of organizers decided that their oppressions are more important (talk about Oppression Olympics. And yes, I am black and the majority of black folkx disagreed with the notion that the rally was anti-black. So the organizers were in the minority and did not represent the views of most of us).”

In response, the UC Student Association stated: “We acknowledge your disappointment and anger. You are not alone. We hear you and we sincerely apologize. In the future, we will be thoughtful and proactive in considering these issues at conferences.”

Alverez told The Fix that though some students had driven from all over the state to attend, some were so upset they left early.

Students of Color Conferences in years past have not chosen a particular theme, but have instead brought together many types of minority groups including Chicano/Latino, South Asian, African American, and Muslim students for the purpose of establishing dialogue and solidarity, Alvarez told The Fix.

The conference typically ends with a demonstration and protest in the community surrounding the school where it takes place, however Alvarez said that this year students felt conflicted about participating.

“Students of other minority groups felt less inclined to protest for the causes of ‘Fighting anti-blackness’ and ‘Black Lives Matter,’” Alvarez said. “They did not think that these issues applied to them and therefore had no reason to protest for them.”

Officially, the conference aims to “provide an educational experience to attendees and to encourage students and staff to start the dialogue that is necessary for students to gain larger cross-cultural understanding and interaction,” according to its Facebook page.