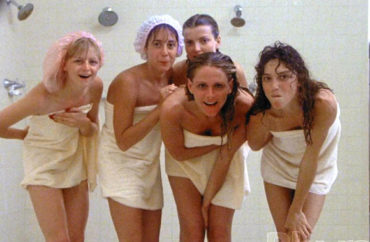 It even contradicted its own recent precedent

When a three-judge panel of the 3rd U.S. Circuit Court of Appeals refused to stop a Pennsylvania school district from letting students use locker rooms and restrooms for the opposite sex, it not only violated its own precedent but also ignored the Supreme Court and Congress.

That’s the claim from students who are demanding that the entire 3rd Circuit rehear their appeal of a trial court ruling in favor of the Boyertown Area School District, which lets students use facilities based on their gender identity.

The case includes an unidentified male student who saw an undressed female in his locker room, and who claims his principal told him to make the situation as “natural” as it could be.

A female co-plaintiff recently joined the suit, identifying herself as Alexis Lightcap (below) in an op-ed that says she encountered a male in her restroom with the blessing of the district. Lightcap wrote:

I do have trouble with a policy that says anyone who’s in an opposite-sex mood today can stroll in and observe me in my intimate moments—and with school officials who value the feelings of a few students more than the dignity and privacy of all those in their care. 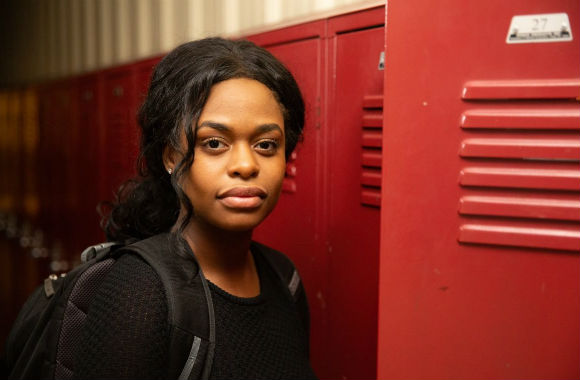 (There appear to be four plaintiffs who are or were students in the school district. The two males are minors and represented by their parents or guardians, while the two females are not. The appeal says six students originally sought an injunction when they first sued.)

In their “petition for rehearing en banc” seeking a preliminary injunction, the students say the three-judge panel “rejected the nation’s longstanding protections for privacy and against sexual harassment, creating an issue of exceptional importance.”

They noted that even the Supreme Court issued a stay “allowing sex-based privacy facilities to continue” in the highest-profile case involving a transgender student – Gavin Grimm and Virginia’s Gloucester County School Board.

The appeal for rehearing cites several Supreme Court decisions as recent as 2016’s Grimm injunction and as old as 1973’s Frontiero. They all affirm the biological reality of sex in the context of giving birth, denying admission to women in a public institution of higher education and applying sex stereotypes, among others.

Even the 3rd Circuit ruled seven years ago that a female police officer who was filmed by a male officer after she took a “decontamination shower” had her 14th Amendment rights violated. At the time, the judges wrote: “We conclude that Doe had a reasonable expectation of privacy while in the Decontamination Area, particularly while in the presence of members of the opposite sex.”

By substituting “gender identity” for sex, the three-judge panel “discards the Supreme Court’s decades-old recognition that sex is based on biological differences” and usurps the role of Congress, which wrote Title IX with the word “sex” in it, the students argue: “[I]t is a legislative function to harmonize new, inconsistent categories into the law.”

While the panel said seeing a transgender student of the opposite sex in a facility where students undress is not “severe, pervasive, or objectively offensive” enough to deny the viewing students “equal access” to the school district, the appeal for rehearing said the panel was factually wrong:

The panel failed to acknowledge the severity of the situation: the policy invites student —indeed, children—of the opposite sex to undress in front of each other. It is all the more severe because of the power differential: those with less power (students) are forced to abandon what they otherwise would not (their own privacy). The policy pressures children to ignore the real bodily differences of the opposite sex and to “make it natural.” These minors are forced to withstand these pressures or suffer silently and endure the harassment. … the policy also makes the harassment pervasive because such behavior is invited in every multi-user privacy facility. This policy has resulted in a denial of access to the school’s resources: for example, one student left the school and all students reduced their use of the facilities. …

The students assailed the three-judge panel for “forcing a victim of harassment to seek relief elsewhere” by using a single-user facility to undress: “Such a ‘solution’ underscores the problem—denying ‘access to an institution’s resources and opportunities.'”

The panel is setting a dangerous precedent if the ruling is left intact, they said:

Taken to its logical limits, even complete nudity would not trigger a sufficient privacy interest to outweigh the interest of “preventing discrimination,” rather than recognizing … that there is no discrimination when distinctions are based on real bodily differences between men and women.

The students are being represented by the Alliance Defending Freedom and Independence Law Center.

Read the petition for rehearing.