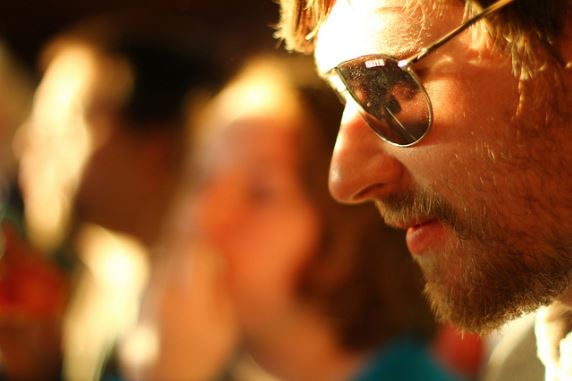 On the evening of April 10, several students sat tucked away in an Episcopal church just north of the University of North Carolina – Chapel Hill. Their heads were bowed; their thoughts – ethereal.

The students were taking part in a weeklong “UNC 24/7 Prayer” at the university, an annual observance designed to lift up lives, families, careers – and the campus community – to the Lord.

About 250 students signed up for one-hour prayer slots that launched April 4 at 9:30 p.m. and ran day and night through April 11.

Although there was no official “theme” for the week, one Bible verse repeated in both email invitations and on handouts for students inside the church read:  “I will set my eyes on them for good, and I will bring them back to this land. I will build them up, and not tear them down; I will plant them, and not pluck them up. I will give them a heart to know that I am the LORD, and they shall be my people and I will be their God, for they shall return to me with their whole heart.” (NIV – Jeremiah 24:6-7).

In stark contrast to the thoughts and prayers of students who took part in the observance on the evening of April 10, another campus event unfolded nearby that was entirely temporal in nature.

The university’s Student Union played host to a workshop called “Orgasm? Yes, Please!” The event was advertised to students with the tagline: “Learn how to have AMAZING sex and enter to win a sex toy!” A variety of condoms, lubricants and sex toys were doled out during the workshop thanks to the generosity of two adult sex shops near the campus: Adam & Eve and Cherry Pie, organizers stated.

At least one student who took part in the prayer week event the evening of April 10 asked God to touch the hearts and minds of the students who were nearby learning about how to pleasure themselves and put on condoms properly.

That both activities took place at the same time was coincidental, but it does illustrate the vast chasm between the priorities of students at UNC Chapel Hill, something that is likely mirrored at universities across the nation.

The hundreds of students who participated in UNC 24/7 Prayer were not asked specifically to pray for their campus community, but without a doubt – that was among the topics broached in the silence of their hearts and minds, said one of the observance’s organizers, Nathan Tilley.

“We want it to be a way that God works in and through students to make His Kingdom to become present here on campus,” Tilley told The College Fix. “Who knows what effects might come from a week of intensified prayer?”

Tilley added that praying on and for the campus makes sense.

“This is our ‘city’, so to speak,” he said. “We live on or near campus, we work or study here, and we have the majority of our social and extracurricular life in or around the university community.”

The recent observance marked the seventh consecutive year the weeklong student prayer effort has occurred at UNC Chapel Hill. Members of about 15 campus ministries took part, including Cornerstone, InterVarsity, Every Nation, Reformed University Fellowship and others.

Each student signed up for at least one one-hour time slot, although many took on more than one slot.

The Episcopal church just north of campus, Chapel of the Cross, opened its doors to host the students as they gathered – sometimes individually and other times in groups.

Students were welcome to make themselves at home in the chapel, where books on Christianity, several translations of the Bible, and markers and paper were laid out at the ready. Also on hand were guides for students with various suggested Bible verses and instructions to “take time to quiet your mind and heart, and ask the Lord to help you to focus as you spend this hour in prayer.”

“Ask Him to meet you here, to guide you in prayer, and for your heart to be open and ears to hear what He would say to you during this time.”