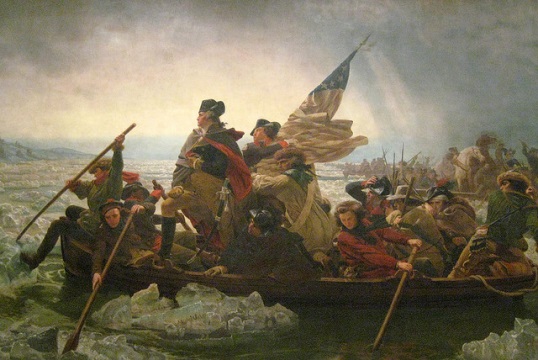 Take Hassan Sheikh, a 26-year-old libertarian working on his law degree at Creighton University in Omaha, Neb., who told The Fix he would definitely be willing to sacrifice the government’s assurances of security for the reinstitution of constitutional rights, even if that results in his death.

“All across the world … our armed forces put their lives in harm’s way to protect our way of life,” Sheikh says. “Why is it so ludicrous that ordinary citizens might give up the protections of domestic surveillance so that when our veterans return, they come back to the same America?”

Most of the students who agreed to the hypothetical scenario presented to them by The Fix are budding leaders in various liberty movements and groups on college campuses.

Among those students is Adam Wolter, 19, a self-described libertarian Republican studying software engineering at Iowa State University, who said he would “certainly consider my death in a terrorist attack justifiable for the preservation of freedom.”

Wolter went on to say that, as a software programmer, he sees “big data” as far more dangerous to “our safety and freedom” than terrorist attacks. As soon as data collection snowballs into larger and more comprehensive pieces, the constitutional freedoms that Americans enjoy will discontinue, Wolter said.

Bennett Morris, a 23-year-old liberty-leaning Republican and Illinois State University grad, also told The Fix that “I would much rather die having been free than die a slave to the police state.”

Morris said NSA’s security apparatus sacrifices freedom and privacy for the canard of security, adding Americans are probably more likely to be killed by a police officer than by a terrorist. Morris argued terrorism is too rare an action to warrant the abrogating or curbing of constitutional freedoms.

Constabileo says she considers American liberty and freedom—as laid out by America’s Founding Fathers—to be sacrosanct and non-negotiable. With that in mind, she urges people not to take constitutional rights for granted when balancing security and freedom, saying “I hope that everyone would agree that our personal freedoms should not be so easily taken away.”

Elliot Young, a 20-year-old libertarian working toward an economics degree at Rhodes College in Memphis, Tenn., said that “with all liberty there is a price.”

“There is a semblance of danger in liberty and freedom,” he said. “It is something that is unavoidable.”

In total, The College Fix interviewed 13 students via email and telephone for the survey, most of whom agreed to the hypothetical scenario that in the event that the U.S. surveillance state ended its unconstitutional activities the students would count their death in a subsequent terrorist attack as a justifiable price for freedom and liberty.

However a few students said that while they were inclined to agree with the notion that liberty is more important than a security state, they found it difficult to wholly commit to the idea of a hypothetical death. Other students agreed, but declined to have their names published.

The students were posed the question in the wake of ongoing revelations that began in June with whistleblower Edward Snowden’s disclosures about various National Security Agency programs that track and analyze Americans’ cell phone calls and personal Internet activity.

In defense of its programs, the NSA—as well as President Obama—has explained there are filters in place to prevent the abuse of gathered data, which, the NSA says, helps strike an appropriate balance between security and constitutional freedoms.

Many top Republicans, including former President Bush – who led the charge for the approval of the Patriot Act in 2001 in the immediate aftermath of the Sept. 11 terrorist attacks – have also defended the surveillance tactics as a necessary part of keeping Americans safe.

The Patriot Act is what is cited by the feds today to justify their surveillance programs, however many scholars disagree with the constitutionality of their arguments, calling the spy programs a violation of Americans’ First and Fourth amendment rights.

As the tumult around the National Security Agency swirls, more and more young Americans have voiced frustration with increasingly troublesome news of how the NSA programs operate and what data is collected and analyzed.

Various news reports in just the last week have disclosed that the NSA has dramatically increased its communications gathering techniques, and is capable of sifting, mining and recording 75 percent of all Internet traffic in the name of targeting foreign terrorism cells; that the agency has repeatedly misled the court that oversees its American surveillance operations; and that it agents have collected tens of thousands of emails with no connection whatsoever to terrorism.

In fact NSA officers, according to Wall Street Journal reports, have, over the course of a decade, used their vast surveillance capabilities to spy on lovers and love interests. The occurrences of NSA officers spying on loved ones is frequent enough to warrant the NSA giving said occurrences the label of “LOVEINT.”

College students and Millennials have become some of the most prominent groups of citizens voicing their concerns over the situation, deeming it an encroachment on personal privacy and constitutional liberties.

The students cited in this article, in emails with The College Fix, say they understand they are echoing the ideals of those such as Benjamin Franklin’s “He who sacrifices freedom for security deserves neither” and Patrick Henry’s “Give me liberty, or give me death!”

Fix contributor Christopher White is a University of Missouri graduate student, an editorial assistant for The College Fix, and Missouri state chairman of Young Americans for Liberty. He may be reached at [email protected].