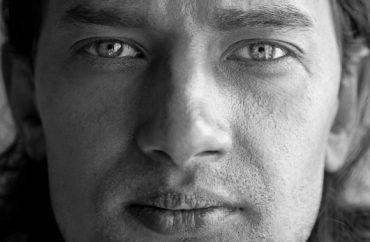 ‘Lesson made it seem like masculinity was an unacceptable human trait’

Gettysburg College freshman James Goodman began his first moments of higher education by being lectured by campus leaders about “toxic masculinity,” he tells The College Fix in an interview.

Students who “identify as male” were shown a docudrama film about masculinity. The film, titled “The Mask You Live In,” was part of the lessons warning students that the notion of masculinity comes with harmful side effects, he said.

According to the trailer of the film, it teaches that the “three most destructive words” a boy can hear growing up is “be a man.” Experts quoted therein also suggest that violent outbursts are prompted by masculinity pressures because “respect is linked to violence.”

“They really buy into a culture that doesn’t value what we feminize,” says scholar Dr. Niobe Way in the trailer, continuing that people of both genders will “go crazy” under that construct.

Psychiatrist Dr. James Gilligan added “whether it’s homicidal violence or suicidal violence, people resort to such desperate behavior only when they are feeling shame or humiliated, or feel they would be if they didn’t prove that they were real men.”

As he makes the comments, headlines reporting on suicides and murder-suicides flashed on screen.

Others headlines that peppered the trailer apparently link shooting massacres to masculinity; images included stories about the Sandy Hook Elementary School shooting, in which 20-year-old Adam Lanza fatally shot 20 children and six staff members, and the shooting in Aurora, Colo., in which James Holmes killed 12 people inside a movie theater.

“We are in a culture that doesn’t value caring,” the “The Mask You Live In” trailer warns, noting American society pushes a “hyper-masculine narrative.”

Gettysburg College freshman James Goodman told The College Fix that, following the film, the group of students engaged in a small discussion about how the film made them feel. Additionally, the student moderators “attempted to tie Sandy Hook and the Aurora shooting into being a result of toxic masculinity,” Goodman said.

Moreover, it was expressed during group discussion that “video games and movies make us violent” and that “kids are becoming violent because they can’t talk about their feelings,” he said.

“Then we went back to a classroom where we talked about … what we look for in a good male friend,” he said.

The next activity asked the male students to put green, yellow or red dot stickers on pictures of various popular culture images. The green dot was intended to symbolize something good and acceptable, yellow was more moderate, and red as completely inappropriate and unacceptable behavior.

The students were given choices such as Barney Stinson, a misogynistic character from the “How I Met Your Mother” television show, and Grand Theft Auto, among others.

“The entire movie and lesson made it seem like masculinity was an unacceptable human trait. That it’s something males should avoid. It was completely pointless. It did nothing to help anyone. I got absolutely nothing out of the experience, other than a headache,” Goodman said to The College Fix.

The masculinity lesson was one part of a much larger series of educational events hosted by Gettysburg College as part of orientation week for first year students in late August.

Upperclassmen who volunteered to assist with orientation performed skits and monologues for the first-year students. A portion of these involved performances by the Diversity Peer Educators that touched upon “diversity and inclusion topics related to the student experience,” according to Kiera Kant, associate dean of college life at Gettysburg College.

Kant told The College Fix that the purpose of the orientation was to “introduce incoming students to topics and issues facing college students today, here at Gettysburg and across the nation.”

“The workshops are also intended to relay expectations, rights, and responsibilities as described by our Student Handbook, as well as important federal guidelines about safety on college campuses. Teams of faculty, administrators and students facilitated the sessions,” she added.