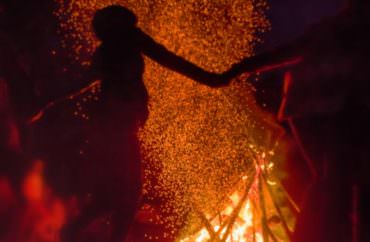 As millennials continue to leave traditional Christian religions, interest in Wiccan and pagan practices have seen increased interest in recent years, a trend also spotted among young people and on college campuses.

Pagan or Wiccan student groups are present on a number of college campuses — both secular and religious — across the nation. The growing normalization of such practices, albeit still a minority, corresponds with the decline in Christian believers, some observers note.

A recent report in Market Watch headlined “Why millennials are ditching religion for witchcraft and astrology” argues as much, for example.

“Whether it be spell-casting, tarot, astrology, meditation and trance, or herbalism, these traditions offer tangible ways for people to enact change in their lives,” Melissa Jayne, owner of the Brooklyn-based “metaphysical boutique,” which has seen a big increase in 20-something customers in recent years, told Market Watch.

“For a generation that grew up in a world of big industry, environmental destruction, large and oppressive governments, and toxic social structures, all of which seem too big to change, this can be incredibly attractive,” she said.

The article goes on to cite several businesses that have successfully latched on to this trend, from online purveyors of tarot cards to popular astrology apps.

The article also cites recent Pew Research Center data that found 25 percent of Americans now identify with no religion, as opposed to 2011’s 18 percent. Underscoring that, a 2014 National Science Foundation poll found nearly half of all Americans say astrology is either “very scientific” or “sort of scientific,” UPI reports.

With that, it may be no surprise to see interest in paganism is also alive and well on campus.

Today a number of universities around the country have officially recognized Pagan or Wicca student groups, usually housed under their respective religious student activities departments.

In 2010, Syracuse University appointed its first “Pagan Chaplain” of Hendricks Chapel, its interdenominational place of worship. Others, like Air Force, have followed suit, including designating specific areas on campus for pagan or spiritual worship.

In 2014, Loyola University Chicago — a Catholic institution — christened a new pagan student club. Also that year, the University of Washington’s student newspaper launched a column dedicated to delving into Wiccanism.

A 2015 report in Inverse argued that the increase in interest might also be traced to a passion for the environment, as well as a decreased interest in organized religion among young people.

The piece, headlined “As Students Tackle Privilege and the Environment, Paganism Grows on Campus,” went on to note that: “In 1998 the Pagan Educational Network received its first request from a student who wanted to start her own on-campus pagan group. Now colleges from the University of Texas to the Massachusetts Institute of Technology have their own student pagan groups, while institutions such as the University of Arizona allow Pagan-identified students to be excused from class on Wiccan holidays.”

“I think one of the things that really helped solidify for me that Paganism was the path for me was the almost complete freedom I had,” the vice president of the Pagan Student Union at the University of Baltimore told Inverse. “There is no one holy text we all must read, there is no organized church service which is mandatory to attend, there is no concept of original sin or any pressure to be perfect people. Paganism is exactly what you want it to be.”

While many news reports note the rise in interest in paganism or wiccanism among millennials, they are also quick to note it’s not a huge or overwhelming one.

Indeed, a search by The College Fix found a number of student Wicca organization websites are defunct or haven’t been updated in over a decade, suggesting they dissolved or no longer exist.

The College Fix reached out to all of the student groups listed above, none could be reached for comment.

Meanwhile, the growing interest in paganism and Wicca can be traced back to at least 2002, when a Fox News headline noted: “Wicca Casts Spell Over College Students.”

“Members of Syracuse University’s Pagan Society lighted candles in the campus chapel, while curious students signed up for a new class on witchcraft,” Fox News reported. “Anthony Paige, a recent SUNY Purchase College graduate who started a pagan student group there, said Wicca appeals to some college students because ‘there is no sense of sin.’”

By most accounts, Wiccan and pagan beliefs have at least become more mainstream.

Catherine Edwards Sanders chronicles this in her 2005 book “Wicca’s Charm: Understanding the Spiritual Hunger Behind the Rise of Modern Witchcraft and Pagan Spirituality.”

In it, she loosely defines Wicca as “monistic and pantheistic beliefs that all living things are of equal value. … Humans have no special place, nor are they made in God’s image. … Wiccans believe that they possess divine power within themselves and that they are gods and goddesses. …Consciousness can and should be altered through rite and ritual.”

Sanders also notes most Wiccans do not believe in Satan, but they do believe evil exists.

“Wiccans, as a rule, are not consciously or deliberately worshiping Satan,” she writes. “Whether they are unconsciously worshipping him is an issue on which Wiccans will differ with Christians.”