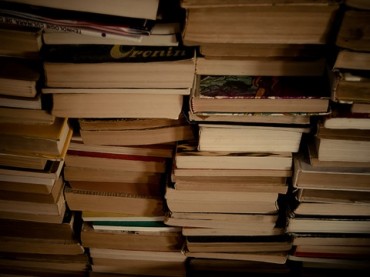 Young America’s Foundation has surveyed the required reading programs for incoming college freshmen nationwide and found that, over the past three years, none of the colleges have assigned a conservative-leaning book.

Young America’s Foundation surveyed the top 50 schools as noted by Forbes, and “found that many of the ‘required’ books only offered left-wing perspectives on topics such as race, feminism, socialism, inequality, and wealth redistribution.”

Americanah by Chimamanda Nogzi Adichie (required at Duke University and Pomona College in 2014) This is a fictional story of a young Nigerian woman and man who immigrate to the United States. Throughout the book, the author delves heavily into concepts of race. Yet, at the same time, she criticizes everyone but the protagonists for their prejudices.

The Sixth Extinction by Elizabeth Kolbert (required at Lafayette College in 2014) This book argues that humanity is causing a sixth mass extinction due to global warming and advocates environmental sustainability.

Home by Toni Morrison (required at UNC Chapel Hill 2013) The novel delves into the life of a man trying to find his way home in segregated America. It is filled with many leftist themes including identity and post-traumatic stress associated with race.

Half the Sky: Turning Oppression into Opportunity for Women Worldwide by Nicholas Kristof and Sheryl WuDunn (required at Wellesley College 2013 and Vanderbilt University 2012) This book describes the “injustice” that women from around the world experience and what you, as a reader, can do to stop it. It discusses the need for liberal humanists to reach out to conservative evangelicals and join forces in embracing multicultural concepts.

“Young America’s Foundation believes young people should be exposed to a true liberal education-one that includes both liberal and conservative ideas, but there appears to be no balance in these readings that are required by colleges and universities,” YAF states. “From the moment students enroll in college through graduation day, they are exposed to liberal themes-and few, if any, will read a conservative book or heard from a conservative professor.”

We might add, behavior modification is the goal. The way students view the world, the way they vote, leftists strive to shape that from the minute students arrive on campus, and as Young America’s Foundation points out, even before they do through these freshmen summer reading programs.