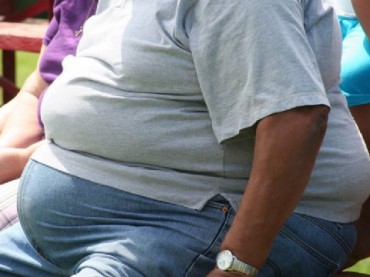 A new Rutgers University study finds that some minorities may gain weight and not try to lose it because of all the “negative stereotypes” they endure about themselves in America.

Luis Rivera, an experimental social psychologist at Rutgers University-Newark, says “it is common for minorities in the United States to endure negative stereotypes, pervasive messages that suggest those groups are inferior, and … these attitudes can prevent people from doing what is needed to care for their health,” Rutgers Today reported Monday.

“When you are exposed to negative stereotypes, you may gravitate more toward unhealthy foods as opposed to healthy foods,” explains Rivera, whose study appears in this summer’s edition of the Journal of Social Issues. “You may have a less positive attitude toward watching your carbs or cutting back on fast food, and toward working out and exercising.”

Rivera says the resulting difference in motivation may help explain – at least in part – higher rates of obesity in the United States among minority groups than among whites.

So there you have it. Obesity is now blamed on racism. It was only a matter of time, wasn’t it?

The study – partially funded by the taxpayers, of course – was published in the Journal of Social Issues.