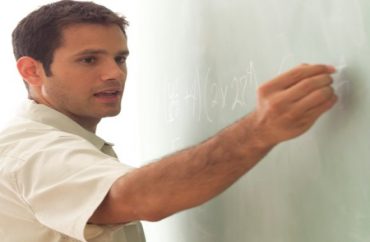 An experiment designed to keep teachers teaching in the Los Angeles Unified School District has turned out to be a fiasco, as educators’ salaries proved to be too high for the necessary subsidies.

As housing costs in Los Angeles are so high, too many teachers were leaving the district almost as soon as they were hired. As a solution, the LA Times reports, the district built two below-market apartment complexes on district property, with a third one currently under construction.

Too late, the district discovered, its teachers’ pay proved “too much to qualify for the units.”

The starting salary for a new LAUSD teacher is $50,300 per year; federal subsidy regulations restrict the apartments to salaries no greater than $34,860.

But some have benefited from the housing:

Diamond Jones, 24, a special education assistant at San Pedro High School, was making $15 an hour and living with her parents when she got a letter from the school district advertising the colorful, boxy Sage Park Apartments in Gardena. She had looked for a place of her own and found nothing remotely habitable in her price range.

Jones was one of 7,273 people who applied to live in the 90-unit complex, which has a play area for children, laundry rooms and a community center in which residents can hold birthday parties and baby showers. She was entered into a lottery, which gave preference to school district employees, and emerged a winner.

According to the real estate website Zumper, median rent for a one-bedroom in Los Angeles last month was $1,920. Jones is lucky; she pays $588 a month for hers. …

“School districts that have successfully built housing for teachers,” the report continues, “have found ways around relying on federal subsidies.” This means districts taking on more of the financial burden themselves.

The Santa Clara Unified School District, for instance, has sold $7 million in bonds, “which it will pay back over 30 years with tenants’ rent.”

In San Francisco, the district has offered $4,000 signing bonuses to special ed teachers and will have a 100-unit housing complex built “for public school teachers and paraprofessionals” by 2020.

MORE: Teachers who fake being sick to protest school policies can be unmasked, court says