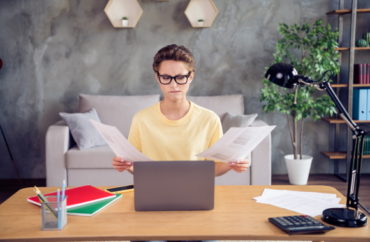 Thirty-four percent of white college student applicants have lied about their race to admissions officials to better their chances of getting accepted into their desired university or receive better financial aid, according to a survey from Intelligent.

“It’s the easiest lie to tell because you can’t get caught in it,” said Vijay Jojo Chokal-Ingam, an admissions consultant at SOSAdmissions.com and author of “Almost Black: The True Story of How I Got Into Medical School By Pretending to Be Black.”

“A lot of people, based on very flimsy reasons, claim to be either African-American, Hispanic or Native American because they know it’s going to improve their chances,” Chokal-Ingam said in an interview with The College Fix.

Though lying on college applications is frowned upon, universities typically do not push back on students about their race. Instead, they accept it regardless of what they look like, he said.

He cited Senator Elizabeth Warren, who famously “lied about her race to get a faculty position at Harvard.”

“If there was a degree to which people felt guilt about doing that, it died with Warren because the Boston Globe, the New York Times, the Washington Post—they all ran to her defense,” he said. “This prompted an ‘if she can do it, I can do it too’ ideology.”

“When President Trump called Senator Elizabeth Warren ‘Pocahontas,’ [the media] called him a racist. They said it was a racist thing. On the contrary, I think that he was bringing to attention a very important issue in the field of racial-race relations,” Chokal-Ingam said. “He was making people aware of the fact that people routinely, on a massive scale, lie about their race.”

When Chokal-Ingam was faced with the prospect of getting caught in his lie, he said he knew exactly what he needed to say to shut them down: “I don’t want to talk about my ethnic background because I think it is very racist for you to ask me these highly inappropriate questions.”

Colleges are not solely looking at a person’s race when choosing people to go to their universities. For instance, Harvard scores on three sections: academics, extracurriculars and personality, said Kenny Xu, author of “An Inconvenient Minority: The Attack on Asian American Excellence and the Fight for Meritocracy.”

Whereas white college applicants are more likely to lie about their race to gain acceptance into the university of their choice, many universities are deliberately controlling which races will join their classrooms through affirmative action clauses, he said in an interview with The College Fix.

“Out of all the reasons, despite the fact that they would score highest on alumni interviews and second highest teacher recommendations … It’s pretty much the personality score that is used to discriminate against Asians in the college admissions process.”

Unlike their white counterparts, Asians are unable to “cheat” their way out of it, he said.

“For various reasons, white people are more mixed in their orientation. They can get away with it more than Asians can,” he said.

“Merit should be the only criteria to which a student should get into a university,” Xu said. “You shouldn’t have to worry about things like race or admitting people beyond their scope of qualifications.”

Instead of lying to get into certain elite colleges, Xu also suggested students expand their horizons.

“If you don’t get into the one you’re qualified for, guess what? You can go to a university that you are qualified for and you will achieve and be a big fish in a smaller pond,” he said.

Chokal-Ingam said the special treatment given to blacks and Hispanics is damaging.

“It is a stigma they will carry on the rest of their lives,” he said. 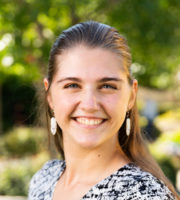