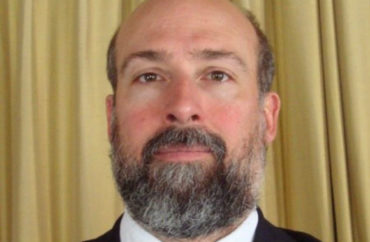 Expulsions, yearlong suspensions for all participants, no matter how minor their role

Syracuse University asked faculty for their thoughts on how to respond after leaked videos of a fraternity’s crude satirical skits rocked campus.

One professor responded in a single paragraph, urging the school not to shield students from offensive expressions, because “coddling promotes weakness.”

Shocked that a faculty member would dare privately express an unpopular opinion, Syracuse summarily fired Stuart Card, the adjunct professor wrote in a public statement explaining his departure to “my coworkers and friends.”

It’s not the school’s only zero-tolerance action following the privately expressed, constitutionally protected speech of Theta Tau members and pledges during a fraternity “roast.”

Lawyers for the students told The College Fix that all 18 depicted in the videos, originally posted to a private Facebook group, have been informed they will face yearlong suspensions at the least, and for some, expulsion. (Full story to come.)

Why I Am No Longer SU Faculty (it is not what you think) my 2.5 page screed https://t.co/5vHSGaIVds

As the adjunct professor Card made clear, he’s not losing sleep over his departure from Syracuse, which he said was “predictable” after privately condemning the school’s response to the leaked Theta Tau videos.

In response to a “mass email from an administrator, requesting faculty opinions and suggestions,” Card said he wrote in full:

I strongly believe that reinforcing the current myth that individuals are likely to be damaged by exposure to expressions that they find offensive,and thus require pampering, is a disservice to our students and our profession. I know my view on this is out of sync with current opinion. I was toughened, as a youth, not just by emotional bullying, but by physical beatings by much older and larger students. I survived. I got stronger. Coddling promotes weakness. This is my honest opinion, formed on the basis of my personal experiences and my observations of evolutionary processes. Put me on a “do not hire as an adjunct any more” list if you consider my position so objectionable as to disqualify me from further service.

The administrator went even further, telling him his “values” were so out of step with Syracuse that they “indeed disqualified me from continuing to teach SU students,” Card wrote in his public statement. “I find this bitterly amusing”:

Formerly, preparing students to face the real world … was valued as useful. Now, we must be broadly tolerant and inclusive… except of certain views that are “obviously wrong”, held only by conservative adult white males and other ignorant cultural imperialist bigots. Now, we must let the inmates run the institution, according to their uneducated, inexperienced, irrational whims… and it is our fault they are so, as we have encouraged subjective emoting over objective thinking. Now, we must create a “safe space” in which our children can remain happily ignorant, soft, and unprepared for jobs and situations where economic and even physical threats will be much more substantial than ugly words.

He said he’s not mad at Syracuse, “a private institution, free to choose its own beliefs, values, policies, procedures, and personnel.”

Card isn’t hurting for money. The self-described “practicing engineer/entrepreneur” – mentioned just once in The Daily Orange, when he was a grad student who placed third in a “business plan competition” – is the principal engineer for AX Enterprize, a “certified women-owned small business,” and said he actually loses money by teaching:

I chose to make the administration aware of my belief in this context… when asked, presumably under the assumption that individuals would either echo the party line, or (if they disagreed) keep silent to keep their jobs.

But the university’s choice – succumbing to “mob rule” and likely violating due process by judging the fraternity so quickly – evinced its failure to “prepare students to make good choices in the world that is,” the end result of which is “civilization suicide,” Card wrote.

His statement is sprinkled with engineering metaphors, comparing a university education to a bridge that was either “built correctly by engineers who did the math and took the measurements” or got people killed because of “someone’s unsupported opinion that the concrete was good enough”:

Students, beware professors who will tell you only what you are comfortable hearing, and not demand critical thinking based on empirical observations! Parents, beware the complaints of your student children, who might prefer your lifelong financial support to their learning hard lessons. Professors, beware the loss of your essential nature as teachers (your soul?), if you sell out genuine learning (often involving debate) for a non-controversial path to tenure and advancement.

As a final insult to Syracuse, he compared its leaders to President Donald Trump (“a demagogue” selling “a fundamentally illogical plan”):

Consumers, likewise beware products and utilities designed by “engineers” who have been taught that how an idea makes them feel is more important than its measured correspondence with objective reality.

MORE: Syracuse charges 18 with satire ‘beyond the bounds of free speech’