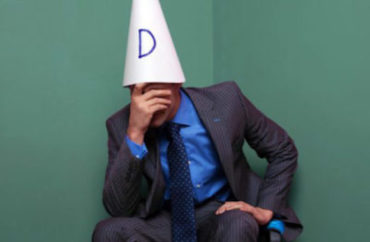 The Minnesota affiliate of the National Education Association and American Federation of Teachers has published a document advising its members on how to defend the teaching of critical race theory (CRT) in the state’s schools.

One will immediately note Education Minnesota’s tactics from the document’s title — “Responding to racially motivated attacks on racial equity in schools.” It’s not CRT but “equity.” Criticisms are “racially motivated.”

A “key concept” of the document says teachers should stay away from using the actual words “critical race theory” because it has been “redefined” by conservatives as an “all-purpose racial dog whistle.”

This ties in to another key concept: “ascribe motivations to the opposition.”

“Unfortunately, a few billionaires and the promoters and talking heads they pay for have launched a national campaign to mislead Americans about the lessons educators teach about history, culture, gender and politics,” the document reads. “Once again, they’re trying to distract and divide us so we don’t come together to demand the richest 1 percent and the largest corporations pay what they owe for what our communities need, like smaller class sizes, degrees without debt and affordable health care for all.”

The (conservative) wealthy are blamed again in the union’s advice on how to respond to parents who might say the United States should be “colorblind” and that “race shouldn’t matter”: “We should live in a state where anything is possible for anyone to achieve. Unfortunately, that’s not the case, but the promoters and their billionaire funders are manufacturing outrage to divide us along racial lines.”

If those tired, old lines aren’t enough to elicit a big eye roll, perhaps this sample response to a parent who asks “Why are you teaching children that all white people are racist?” will:

First oﬀ, I’m thrilled you’re taking such a deep interest in how and what our kids are taught, a conversation that I feel is long overdue. What I know most Americans believe is that we expect our students – whatever their color or background – to be able to learn hard truths and handle honest history and civics. I believe in children’s potential to meet new challenges and have an honest reckoning, and when we try to edit and distort our history, we are doing them, and our future a disservice. My loyalty is to children and who and what they can become.

Indeed, “honest history” and an “honest reckoning.” Like the 1619 Project, perhaps?

The union document was obtained by John Hinderaker of PowerLine.

MORE: Leftist educators lie about, then hide evidence of, CRT in schools