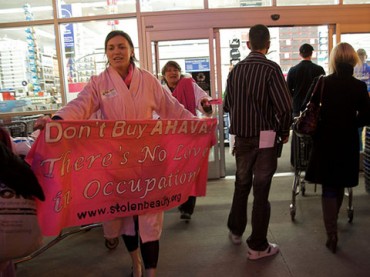 Supporters of college divestment from Israel have enjoyed a string of victories in student government, albeit narrow, in the past year. School administrations are another matter. DePaul University is the latest to tell students that divestment is problematic – and probably not effective at changing Israeli policy.

In a referendum as part of DePaul spring elections last week, the divestment measure passed 54 percent to 46 percent. With only 10 percent of the student body voting on whether to ask the administration to reassign its investments away from Israel, the vote gap was less than 300.

DePaul President Dennis Holtschneider told the student body after the vote that, while the board of trustees aims to invest in a “socially responsible” way, it has found Israeli divestment to be of “questionable value.”

The “political standoff at the root of this matter is deeply complicated,” Holtschneider said in a statement. “What is socially responsible to one organization or set of interests may be objectionable to another,” even within DePaul, he said. “Assuming that we could come to consensus, the extent of a specific company’s involvement in a controversial matter may be tenuous at best, especially in cases where conglomerates consist of many companies, where only one small company in its portfolio may be of concern.”

“I think Holtschneider captured it best when he said one group’s interpretation of socially responsible investing may be different than another group’s view,” Cameron Erickson of anti-divestment group Blue Demons against BDS – which stands for “boycott, divestment and sanctions” – told the Chicago Tribune. Student organizer Areej Hamdan, a member of Students for Justice in Palestine’s (SJP) DePaul Divest coalition, said in a press release: “We have proven that the DePaul student body is a socially conscious community, one that recognizes the humanity of the Palestinian people and how their basic human rights have been denied at the hands of the Israeli government and these corporations we target.”

Divestment supporters have succeeded mostly in securing nonbinding votes that are brushed off by administrations. At the University of California-Riverside, divestment passed the student senate 8-7 on April 24. Four days later, the board of regents reiterated its stance that divestment from Israel was unlikely, saying it had a duty to invest money wisely on behalf of taxpayers and that it only divested from countries when state or federal laws required it.

The student senate at UC-Berkeley, a bastion of progressivism, passed a divestment measure 11-9 in April 2013. Student body president Connor Landgraf did not veto the measure as his predecessor had done, but the resolution was purely symbolic. The school’s chancellor refused to move forward with divestment after voicing his disapproval for it.

Loyola University-Chicago’s experience with divestment pressure took a different path. A divestment measure passed the student government 26-0 in March, followed by a massive backlash from the Jewish student community and other pro-Israel students. Many in the Loyola community complained the resolution was introduced too quickly and without enough time for public comment, leading student government to hold a more open hearing with both sides and revote the issue.

A second vote on the Loyola resolution a week later drew only a slim majority, and it was a nonbinding vote, stating only that the student government supported divestment and urging Loyola to divest from certain companies accused of aiding Israel’s perceived human rights abuses. The student body president vetoed the measure, however, after the administration strongly implied it would not support such a measure.

While the divestment movements appear to be grassroots efforts by each SJP group, blogger Max Samarov of The Times of Israel identified Dalit Baum as the author of the Loyola divestment legislation. Baum co-founded the activist group Who Profits from the Occupation.

“She is a paid operative working to co-opt student governments into following the BDS Movement’s malicious, anti-Israel agenda,” Samarov said of Baum, as The College Fix has previously reported. “And if she is writing resolutions for one school, it is likely that she is writing them for others as well.” Baum also appeared at an event hosted by SJP-Loyola, SJP-DePaul, and Chicago Divests at Loyola in 2012.

In an emailed statement to The College Fix, Baum denied involvement in the DePaul divestment movement.