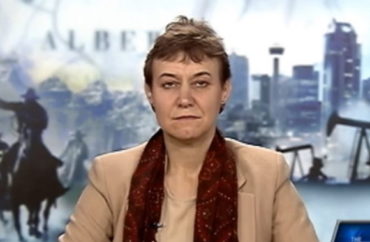 Mount Royal University in Calgary, Alberta, has fired a tenured professor who had criticized the Black Lives Matter movement, Indigenous policies and other “woke” ideas.

“I was questioning wokeism, woke ideas at the university, so asking questions, and this could not be tolerated by woke activists, which is basically identity politics that has become totalitarian,” Frances Widdowson told CTV News, which notes the former professor had worked at the university since 2008.

Widdowson, who had worked in the economics, justice and policy studies department, claimed in 2020 the Black Lives Matter movement “destroyed” the university, CBC News reported.

Widdowson also disputed a claim published by the Truth and Reconciliation Commission of Canada that the Canadian colonial residential school system for Indigenous children was a “key component of a Canadian government policy of cultural genocide,” the Calgary Herald reported.

Widdowson has written two books critical of Canada’s Indigenous policies, arguing that Indigenous people’s economic progress has been hindered by advocates, academics and others who profit from current conditions. Critics claim her positions on these policies are racist.

“Widdowson is a political scientist who has spent her career investigating the politics and ideologies of Indian affairs in Canada,” stated Bruce Gilley in an op-ed for Minding the Campus.

In a review of one of Widdowson’s books cited by Gilley, writer Leanne Simpson said it “is simply stunning that a prominent so-called academic press…(which has lost all credibility as a result), would publish this book…The book is part of a racist colonial machine that still manages to find room to operate in Canada.’”

According to Gilley, “Simpson’s clear declaration that her disagreement with this fellow scholar implied that the latter should not have ‘room to operate’ and that her publisher had ‘lost all credibility’ with the nabobs of academic gatekeeping in Canada speaks volumes about the very problems that Professor Widdowson sought to diagnose.”

Widdowson herself said that “woke culture” led to her termination, according to CTV News.

In an Oct. 2020 interview with C2C Journal, Widdowson clarified her views: “I am a historical materialist coming out of the Marxist tradition, or what would traditionally be considered a left-winger. But with the appearance of wokeism, I now get called a fascist all the time.”

Widdowson claimed that her former university has undermined academic freedom, citing its failure to comply with a 2019 government request to establish robust free speech policies such as those adopted by the University of Chicago.

Mount Royal University confirmed in early January that Widdowson is no longer a member of the faculty. In a statement to the Calgary Herald, the administration said that while the university is committed to fostering academic freedom and viewpoint diversity, it forbids “harassment or discrimination.”

Last summer, the Calgary Herald reported that two former professors alleged Widdowson had harassed them, contributing to their decisions to resign. One claimed in her resignation letter that Widdowson “dehumanized” Indigenous Canadians.

As of January 2021, more than 6,000 people signed an online petition demanding that the university “Fire Frances Widdowson – A Racist Professor at MRU.”

Widdowson has told Canadian news outlets she plans to pursue arbitration through her union, and she believes the termination may be reversed.