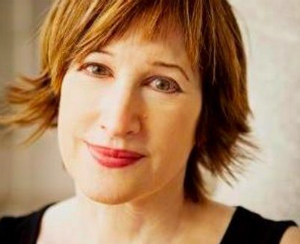 You may have seen that an ex-FIFA official recently cited an article in The Onion – an obviously satirical publication – to defend himself against corruption charges.

Well, I got snookered too, by a very clever “leaked” email purportedly obtained by the law blog Popehat.

It claimed to have been sent to Northwestern University faculty by the Title IX coordinator, who was responding to Professor Laura Kipnis’s Chronicle of Higher Education essay in February decrying “sexual paranoia” on American college campuses (specifically professor-student relationships), and Kipnis’s followup essay Friday about the Title IX “inquisition” against her for writing that essay.

Because there’s a lot to catch up on in just the past week, here’s a summary before I explain why the satirical Popehat email looked authentic. (Also make sure to read David Brooks’ column today on “The Campus Crusaders.”)

Kipnis was just cleared of student allegations that her initial essay (and a tweet!) violated Title IX by apparently dissuading rape victims from coming forward.

That essay referred to widely publicized news reports about a student who accused a fellow Northwestern professor, Peter Ludlow, of sexually assaulting her (by buying her drinks and then taking advantage of her), and then sued the school for allegedly mishandling her complaint against him.

@lemonhound @thebookslut It's a problem that "trauma" is now deployed re any bad experience. And dating is not the same as rape!

What a mess. And what a slippery slope, from alleged fondler to rapist. But here’s the real problem with these charges: This is melodrama. I’m quite sure that professors can be sleazebags. I’m less sure that any professor can force an unwilling student to drink, especially to the point of passing out. With what power? What sorts of repercussions can there possibly be if the student refuses?

Kipnis named neither Ludlow nor his accuser, whose name is nonetheless in the public record because of her lawsuit against Northwestern. Simply referring to news coverage made Kipnis the subject of a Title IX “inquisition,” which Kipnis describes in jaw-dropping detail in her Friday Chronicle essay (sadly, now subscription-only):

Most academics I know — this includes feminists, progressives, minorities, and those who identify as gay or queer — now live in fear of some classroom incident spiraling into professional disaster. After the essay appeared, I was deluged with emails from professors applauding what I’d written because they were too frightened to say such things publicly themselves. My inbox became a clearinghouse for reports about student accusations and sensitivities, and the collective terror of sparking them, especially when it comes to the dreaded subject of trigger warnings, since pretty much anything might be a “trigger” to someone, given the new climate of emotional peril on campuses. ‘What is the lesson to the student, and to others who might come forward?’

Back to that satirical email. In retrospect, I should have quickly realized based on certain passages that no Northwestern official would write this publicly, even if it’s what they actually think:

As you know, we have a strict policy against commenting on pending Title IX investigations except to Northwestern administrators, victims, witnesses, victim advocates, student-administration liasons, and victims’ emotional support companions. …

We recognize that these concepts can be difficult to understand for some, particularly those in the physical sciences. …

During this period of reassurance, and whenever Title IX investigations are pending, the College of Arts & Sciences faculty should avoid undue emphasis on problem authors whose texts undermine free reporting of sexual misconduct, such as Arthur Miller, Franz Kafka, or Harper Lee. … Classes on the American court system, civil rights and civil liberties, and criminal justice may continue so long as professors emphasize to their students that they are participating an an anthropological study of a profoundly sexist and cisgender-biased system and that no positive normative judgment is intended. And yet much of the fake email rings true to the bizarro world of Title IX officialdom:

When a student accuses a faculty member or another student of sexual misconduct, the only University response consistent with Title IX is contrition, acceptance, and support. That’s an obligation of all University employees. Whether or not the complaint has yielded public litigation or press coverage, it is inappropriate for University employees to engage in victim-blaming and victim-challenging behaviors that might deter complaints. Prohibited behaviors include weighing, evaluating, questioning, critiquing, deconstructing, or otherwise assaulting the victim’s complaint. This proscription applies to all departments: it is inappropriate to challenge a victim’s factual account or legal assertion through the disciplines of law, philosophy, rhetoric, logic, or physics. Statements of support and belief in the victim’s account remain acceptable — and strongly encouraged — under any discipline. …

I must remind the faculty that discussions of procedure and “fairness” are not excuses to attack victims. Employees should avoid discussions that imply that any particular victim, or victims in general, may not be telling the truth, or may be seeking unwarranted remedies. We do not speak in a vacuum; our words can hurt and retaliate. Discussions of notice to the accused, assistance of counsel, burdens of proof, and opportunity to confront accusers all arise from a presumption that the victim might be untruthful or mistaken. That is not a presumption that we may lawfully or ethically entertain.

Now compare that to a real blog post written by a professor, the University of South Carolina’s Justin Weinberg, who has emerged as a sort of champion of silencing professors who offend students under a broad view of “harassment.” He’s talking about a different student who claims Northwestern’s Ludlow attacked her:

She has made a Title IX complaint against a well-known and highly established professor in her program that involves a serious accusation of rape. She is sued for defamation by the professor. The lawsuit is dismissed. But then another professor at her university, Kipnis, writes an essay in her profession’s main news outlet that echoes Ludlow’s account that they were consensually dating, implies she is lying, and suggests that her complaint of rape is an exaggeration and “melodrama.” Kipnis urges readers to see her as harming Ludlow, rather than the other way around, and implies that Ludlow is not a real harasser. Further, when Kipnis is informed about the facts, she refuses to alter the relevant language to remove the implications. What is the lesson to the student, and to others who might come forward?

After that refusal, a Title IX complaint of retaliation and the creation of a hostile environment was lodged against Kipnis. The idea behind these elements of Title IX is to ensure that alleged victims are not threatened, coerced, or otherwise intimidated from participating in the enforcement of their own rights not to be discriminated against. Did Kipnis’s article constitute retaliation or create a hostile environment? If you have a moment, consult the “Retaliation” section in the Justice Department’s Title IX legal manual. To make a long story short, there is no way the answer to that question is “obviously not!”

By this logic, commenting at all on something in the news with a less-than-credulous view of the accuser legitimately opens you up to harassment claims.

It’s invading their privacy! (Even if you never name them, and their name is in the public record by their own choice.) “Survivors” won’t come forward because someone with experience in professor-student relationships – a sex-positive feminist! – says this doesn’t pass the smell test. (Because whatever is published in the Chronicle is gospel.)

Radical feminism of the sort that’s now turning on Kipnis thrives on secrecy, because when the disinfecting light of public scrutiny falls on “the narrative,” it often makes things murkier than portrayed. (See litigation at Columbia University and Occidental College, to say nothing of Rolling Stone and UVA.)

The Foundation for Individual Rights in Education detailed the structural deficiencies with the Title IX process that Kipnis went through last week.

Yesterday the group explained why opening an investigation in the first place – which ended up dragging on 72 days – was so chilling, and why Kipnis’s ordeal isn’t over:

Universities must, of course, take allegations of sex-based discrimination seriously. But Title IX does not excuse administrators from their responsibility to exercise good judgment and common sense. There is simply no conceivable way in which an essay discussing publicly available (and indeed, widely discussed) information could constitute a violation of Title IX. Any administrator qualified to hold a position at a major research university should have been able to reach this conclusion after reading the complaints, and should have disposed of them accordingly—rather than investing considerable time and resources better spent addressing actual Title IX violations. …

The transmogrification of Title IX into an all-purpose excuse for knee-jerk overreactions to complaints about speech—sometimes only tangentially related to sex—is an unacceptable trend that endangers freedom of expression and undermines the purpose of higher education. That merely discussing issues related to sex or publicly available information could justify a two and a half month investigation in any administrator’s mind shows the extent to which the language and purpose of Title IX has been corrupted.

Colleges are already using privacy as a shield against their own incompetence, wrongdoing and embarrassment. They now want to deploy alleged victims of sexual assault, who no one wants to argue against, in a further bid to silence and intimidate those who don’t toe the university line.

Too bad Northwestern took on a vocal, acid-tongued, sex-positive feminist.